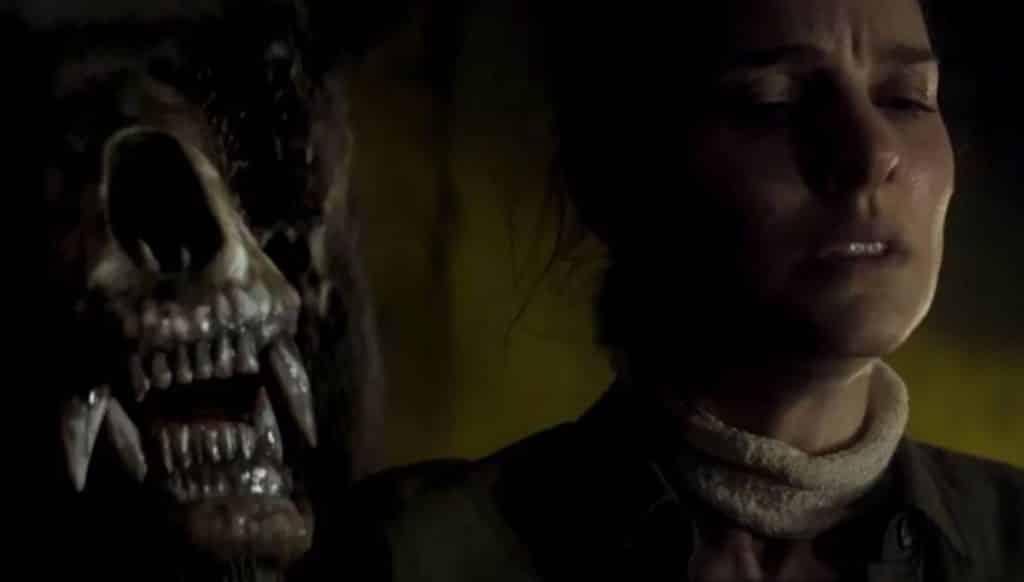 High-concept science fiction is a rarity today, which is what made Alex Garland’s directorial debut Ex Machina such a welcomed surprise, as well as Dredd. Equal parts intelligent and impactful, the film ranked among the decade’s finest debut features. His follow-up Annihilation, while admittedly flawed, shines due to its brazen approach to genre filmmaking.

Annihilation follows Lena, a biologist who is gripping with the disappearance of her husband, who disappeared during a secret military mission. When he returns in dire condition, its up to Lena and a team of scientists to discover what lies in unknown realm called “The Shimmer”.

As a writer and director, it’s impressive to watch just how comfortable Garland has become despite only a few features under his belt. His distinct cold and visually still direction creates an instant sense of mystery and dread. Some have complained that this cold approach creates characters who are muted and lack personality, but in reality that approach is more fitting to the film’s cast of characters who are inherently broken in their respective ways.

While Ex Machina was largely set in a secluded house, Annihilation gives Garland a chance to work with a larger budget and more ambitious narrative. Thankfully, he proves to be up for the task, as the film thrives at playing up to its more genre-esque qualities. The horror scenes, which fearlessly create bloody and intense imagery, are likely to be remembered long after viewing the film. The “Shimmer’ set-up is vibrantly captured visually, with their being a twisted beauty to the mutated version of Earth that is created. Even if audiences don’t latch onto the film’s weighty concepts, there is plenty of craftsmanship and thrills to be appreciated.

What makes Annihilation stand out from its peers is its audacity. By adapting Jeff Vander Meer’s novel, Garland tasked himself with adapting a novel that many have claimed to be unadaptable. There are certainly some aspects that are lost in translation, but as a whole its an effort worth celebrating. The abstract narrative will leave audiences guessing until the final frame, packing a bounty of strange surprises. There is something to be said about a writer/director who after only his first feature takes massive home-run swings at greatness.

Not all those swings make contact however, as Garland’s script leaves some room for improvement. Annihilation isn’t very subtle about its themes, as much of the story serves as a visual metaphor for cancer and the destruction it can cause. While that isn’t a bad concept to explore, its not as rich as it could have been. Similar to last year’s audacious horror film mother!, the film fails to develop its core concepts past a base level, lacking either an emotional punch or more reflective perspective to make it ring true. While I appreciate the diversity and lack of cliches brought to the characters in the film, they fail to stand on their own due to the lack of characterization. Most of the characters are used either as a plot device or as a mean of communicating the film’s themes, givining the qualified cast little to work with (Natalie Portman, Oscar Isaac, and Jennifer Jason-Leigh, just to name a few).

While not nearly as polished as his previous feature, Annihilation is a widely ambitious breath of fresh air, proving Alex Garland to be one of the most exciting young voices in the industry. It’s sure to divide audiences, but you certainly can’t fault the film for a lack of trying.