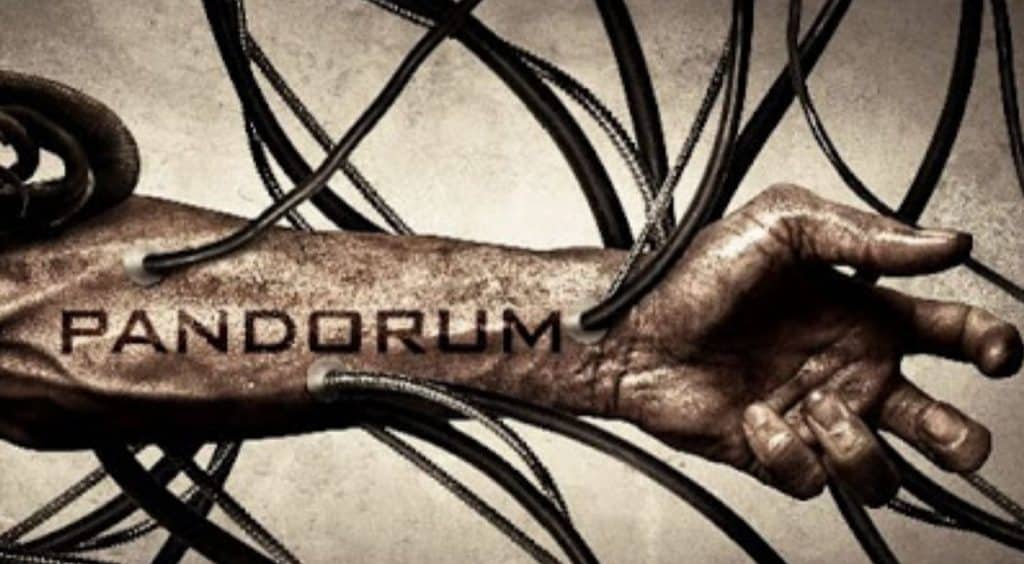 For fans of science fiction in its purest and often most unsettling forms, there’s nothing more tragic than watching a truly compelling sci-fi movie get written off by wider audiences and reviewers as ‘uninteresting’. You just sat through 90 minutes of genuinely worrying material, that forced you to question and re-evaluate exactly how humanity operates on a daily basis. Yet the trusted film critic, who you’re usually more than happy to accept the word of, decided the same 90 minutes amounted to 2 out of 5 stars and a truly toxic couple of paragraphs. Thus, it was back in 2009 when Pandorum arrived on the scene.

A collaboration between UK and German film-makers, it landed in cinemas with virtually no marketing or advertising, immediately receiving a host of lackluster and dismissive reviews. Inevitably, audiences gave the movie the cold shoulder, and it quickly disappeared from screens. Only managing to claw back $20m of its reported $33m budget, Pandorum sank into the darkest corners or the genre, bankrupting it’s production company in the process.

With a performance as painful and embarrassing as this, there remains the outside chance that a sci-fi movie night still manage to attain some kind of wider following a little bit further down the line. Both Dredd and Event Horizon crashed at the Box Office, but remain essential viewing for any self-respecting nerd. Nearly a decade on, and Pandorum has shown no sign of making any kind of resurgence. Which is a crying shame, and here’s for why… 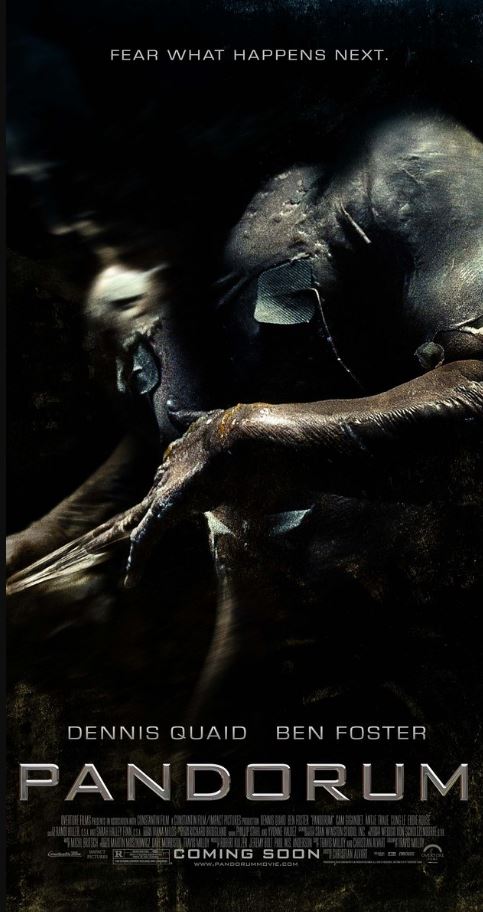 Firstly, for the $33m that it cost to make, Pandorum is bloody good value for money. The grim and grimy industrial sets that represent the labyrinthine interiors of the gigantic colony ship effortlessly switch between sprawling and suffocating, dependent on what the moment calls for. Threats lurk in the shadows of every corridor and crawl-space, easily matching the same levels of tension that made similarly claustrophobic thrillers such as The Deep and Event Horizon such big successes.

The sparing use of both lighting and CGI to complement the practical special effects that go into making the movie’s Predator-like aliens result in a quite terrifying tribe of antagonists. Attacking with pack mentality and a zombie-like craving for human flesh, a significant number of the human characters meet with disgustingly gruesome endings, none more repugnant than an unexpected attack from the youngest member of the extraterrestrial clan. 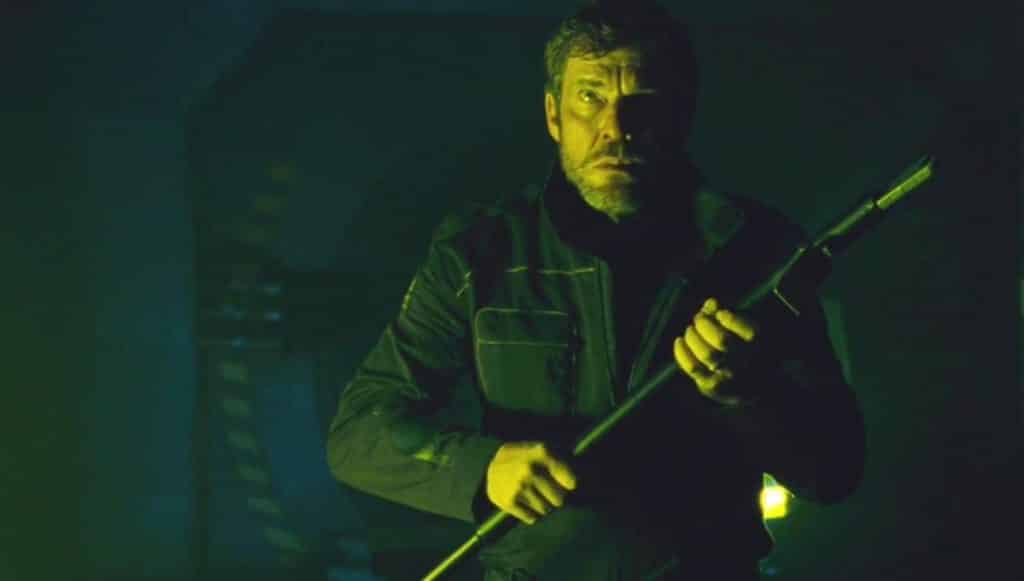 The movie features a cast at the top of their game, led by a typically brilliant Dennis Quaid. His senior crew member gradually progresses from being the safe-handed man of the moment, to cold-blooded psychopath, switching up through the whole gambit of human emotions en route. He’s more than ably supported during this process by appropriately distressed turns from fellow officers Ben Foster and Cam Giganet, but it’s in the supporting cast where the heavy lifting really takes place. 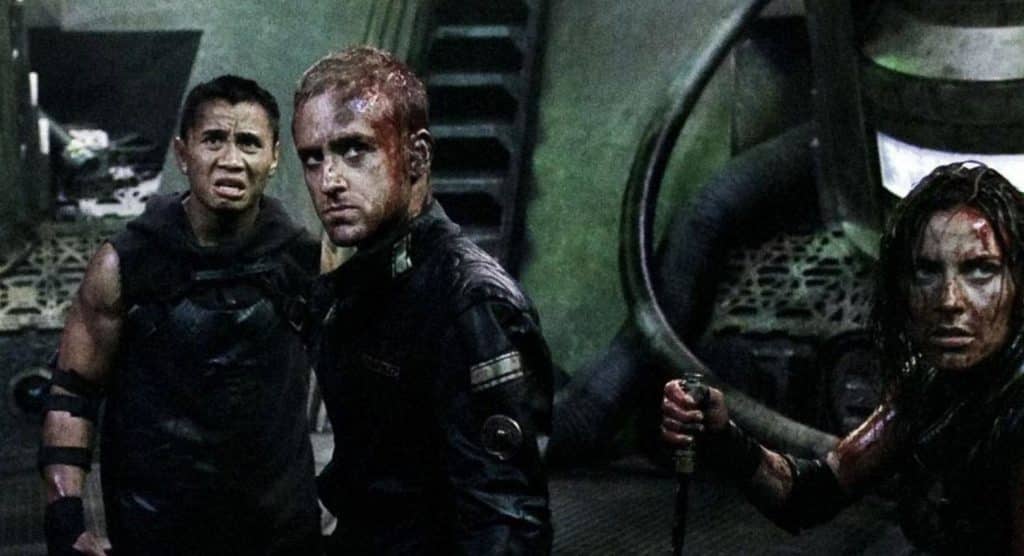 There’s an early appearance (and first English language role) for German actress Antje Traue, who would use the role as a stepping board for her future casting as a villain in Man Of Steel. Literally stitched into her leather suit, she’s as mesmerizing as she is murderous. Alongside her are a suitably kick-ass performance by martial arts performer Cung Le, as a somewhat reluctant hero, and also a pre-TWD appearance for Daryl himself, actor Norman Reedus.

With the script originally calling for the vessel to be a prison ship, the writers took the decision to instead adapt the narrative to suit the needs of a colony vessel, which immediately pays dividends. Without any form of training, weaponry or confrontational background, the surviving crew members couldn’t be in a more desperate situation as they face off against a relentless and seemingly unending cast of enemies.

It was also reported that Pandorum was supposed to be a trilogy, but that obviously never happened due to the poor box-office. Quaid himself commented on that before the film’s release back in 2009, saying:

This is classic sci-fi, at its best. Forgoing any lengthy backstories, or ‘bigger picture’, the audience is thrown straight into the unfamiliar and terrifying world that the story’s protagonists have found themselves thrust into. You share their anxiety, their fear, their terror. The whole movie is one huge roller-coaster ride to the finish line, where a suitably mind-bending plot twist awaits.

Don’t believe me? Did it out and watch it again after reading this. It really isn’t as throwaway a film as people would have you believe….