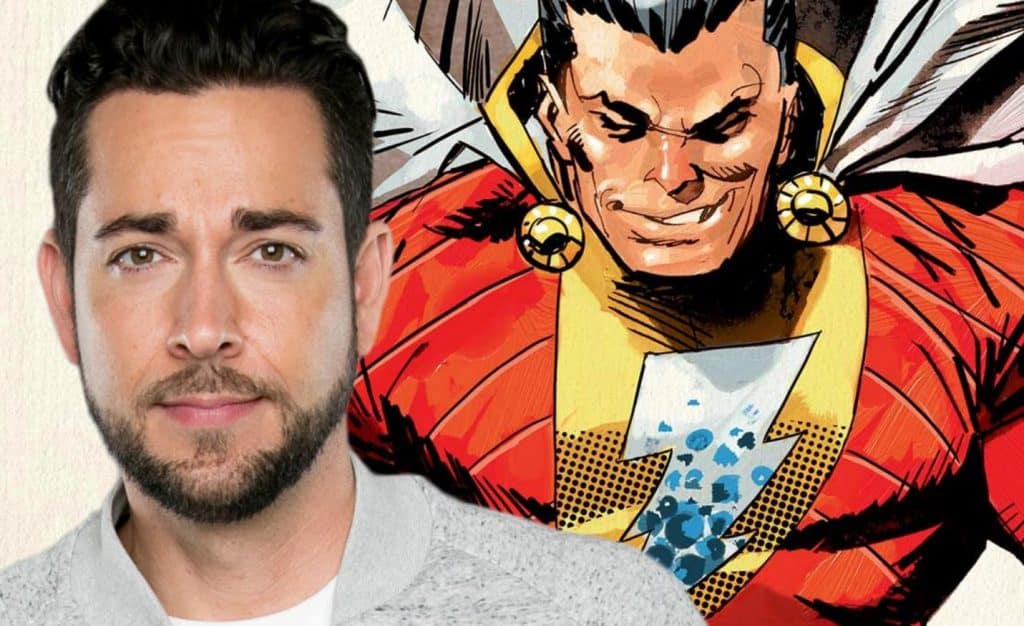 As justice league has taken the lime light all these years there has been a movie sitting in the dark waiting to make its break through onto the big screen. DC’s Shazam! has clawed its way from nothing and no where to big and about to be in your face. Otherwise known as Captain Marvel, this unique superhero is one that is sure to get the blood pumping.

Of course, like many other movies from well read and loved comic books, there has been a “leak”. I am starting to think that these leaks are on purpose… hmm. Regardless, this leak, courtesy of DC Comics United, is of our soon to be big screen hero’s costume. As we sit in anticipation of how true to form they will or even can make it, they sit in anticipation hoping they did us justice, and I must say, justice they did.

From bolt to the infamous white cape, they have brought us a costume that is not too far off from the very comics the fans have fell in love with. This should not only be pleasing to long time loves of Captain Marvel, but also to the new crowd they strive to bring in.

hey look who it is pic.twitter.com/OIIQJJ8c6z

In the images released, there is a very buff looking Zachary Levi hidden partially behind what looks to be a crew member and a chain link fence, but that does leave little to the imagination. With the leaked side image that was making its way across the fans computer screens recently and this now very clear front image, it seems they really have done well with staying as true to form as they could. Bravo.

This does however beg the question, with such big shoes to fill and the costume to go with it, can Levi pull it off? I guess we will have to wait to find out in 2019 as filming has just started but I can say that he seems to be excited enough to play the role with this quote left on his twitter.

“Honored and greatly humbled to be a part of the #dcuniverse by bringing the original Captain Marvel to life. I am beside myself with gratitude, not only for this opportunity, but also the incredible outpouring of love and support from so many of you out there in the world. Now if you’ll excuse me, I’ll be in the gym for the rest of forever.”

It seems to me that the big shoes don’t scare Levi and he is as excited to be our white caped hero as we are to have him. Let us just hope that the writing and CGI effects don’t bring this big motion picture to a big screeching halt.

What do you think of the costume? Is it true enough to its original material to make even the most hardcore fan proud? Be sure to tell us all of your thoughts in the comments!