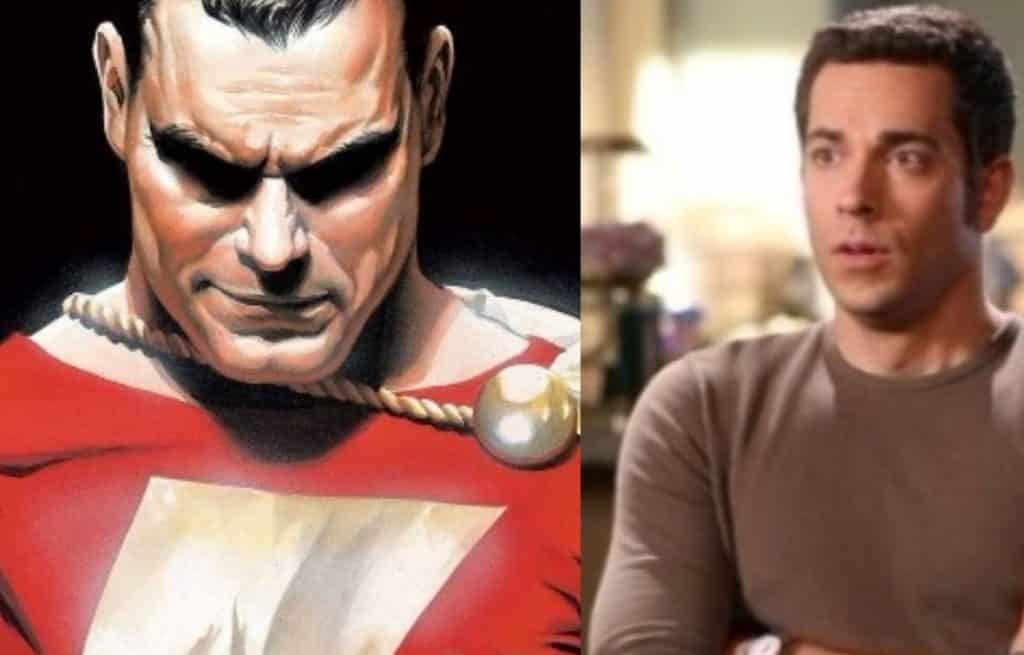 It was revealed earlier this month that filming on the Seventh entry into the DC Extended Universe, Shazam!, had begun ahead of its release next year. Until now, the closest we have been to seeing lead actor Zachary Levi in full costume is an Instagram post in which it was shrouded by a cover. But now thanks to a couple of BTS pictures, we get a slight idea of what to expect. Read on to check them out.

The two photos have been making the rounds on Reddit which seemingly show either Levi or a stunt double suited up as the titular hero.

Unfortunately we can’t see much in either photos as the actor has his back to the camera in both, but we can see that the look is heavily inspired by his appearance in the New 52 reboot which added a hood to his classic white cape.

Eagle-eyed fans have also noticed that Mark Strong can be seen on the left hand side of the image. The Kingsman actor is set to appear as the film’s antagonist, Dr. Sivana, a mad scientist hell bent on defeating Shazam. His second foray into DC villain territory after playing Sinestro in 2011’s Green Lantern.

The image also points towards a Christmas setting, something which would explain Levi’s recent Instagram post revealing a Batman action figure which he joked was a cameo from the caped crusader himself. Seemingly hinting that there will be a scene set in a toy store.

Hopefully we will be given an official look at the character soon, in the meantime you can check out the synopsis for the David F. Sandberg flick below.

We all have a superhero inside us, it just takes a bit of magic to bring it out. In Billy Batson’s (Angel) case, by shouting out one word—SHAZAM!—this streetwise 14-year-old foster kid can turn into the adult Super Hero Shazam (Levi), courtesy of an ancient wizard. Still a kid at heart—inside a ripped, godlike body—Shazam revels in this adult version of himself by doing what any teen would do with superpowers: have fun with them! Can he fly? Does he have X-ray vision? Can he shoot lightning out of his hands? Can he skip his social studies test? Shazam sets out to test the limits of his abilities with the joyful recklessness of a child. But he’ll need to master these powers quickly in order to fight the deadly forces of evil controlled by Dr. Thaddeus Sivana (Strong).”

What do you think? Do you like the look? Are you excited for this film? Let us know below!

Continue Reading
You may also like...
Related Topics:DCEU, Shazam