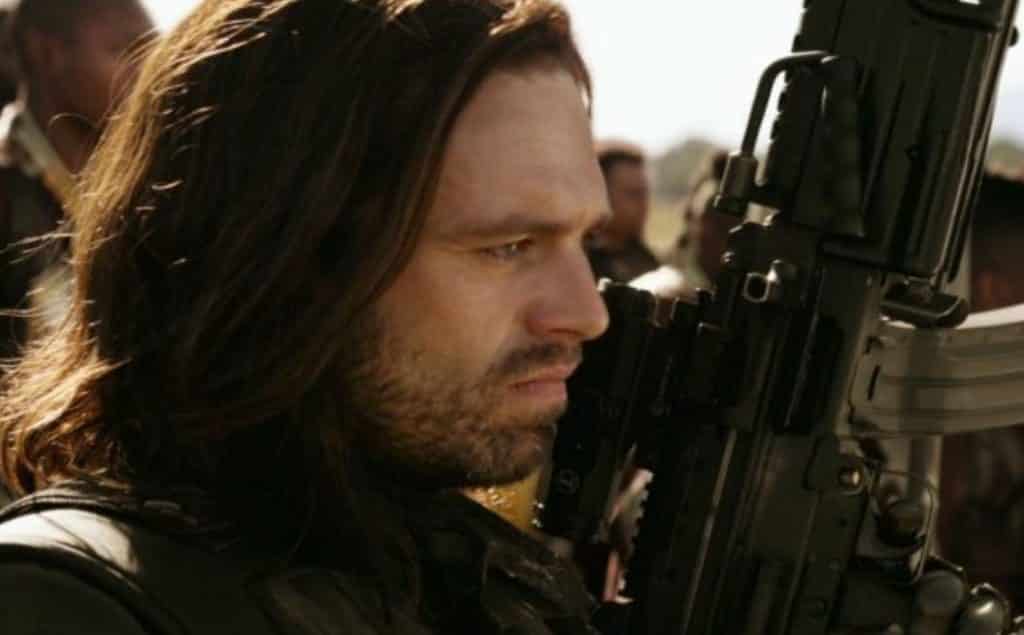 One of the most anticipated factors of the upcoming Avengers: Infinity War, is going to see how all the different characters interact with one another especially since the MCU has now expanded into both the Cosmic and the Mystical. One such character people are excited to see mingling with the other heroes is definitely Bradley Cooper’s Rocket Raccoon and now, thanks to a report from Entertainment Weekly, we know just how one such conversation will go down – with Bucky.

As part of Entertainment Weekly’s big Avengers: Infinity War special, the publication revealed details of a scene between Rocket and Sebastian Stan’s Winter Soldier. In the scene, Rocket attempts to barter for Bucky’s shiny new arm. This interaction harkens back to Guardians of the Galaxy, in which Rocket had a penchant for acquiring people’s mechanical extremities.

The scene itself takes place in Wakanda, shortly before the battle with the Outriders seen in the trailers, which interesting because there was no prior hint to Rocket being present in that battle.

It sees the two characters side by side with the Wakandan army before Rocket breaks the tension by asking “How much for the gun?”

To which Bucky responds “It’s not for sale.”But never one to give up, the Raccoon comes back with “Okay, how much for the arm? The arm?”

It definitely sounds like it’s going to be a fun interaction between the characters and one which fans of the franchise will really appreciate.

Another interesting take away from the report is that Bucky’s tragic Assassin will no longer be using the code-name Winter Soldier, possibly as a way of distancing himself from his dangerous past. The article reveals that he will now be going  by the name White Wolf. This name will be familiar to both fans of the comics and those of you who stayed for the post-credits scene of Black Panther, where a group of youngsters refer to him as such.

In the comics, the White Wolf was the head of Wakanda’s intelligence agency, however the character himself was an outsider whose family crashed in the nation years before. This, plus the aforementioned post credit scene definitely hint towards Bucky fulfilling that role moving forward.

All in all it sounds as though this film is definitely going to be the celebration of Marvel Studios’ First Ten Years that we all hoped.

What do you think? Are you excited to see these two characters together? What interactions are you looking forward to? Let us know below!