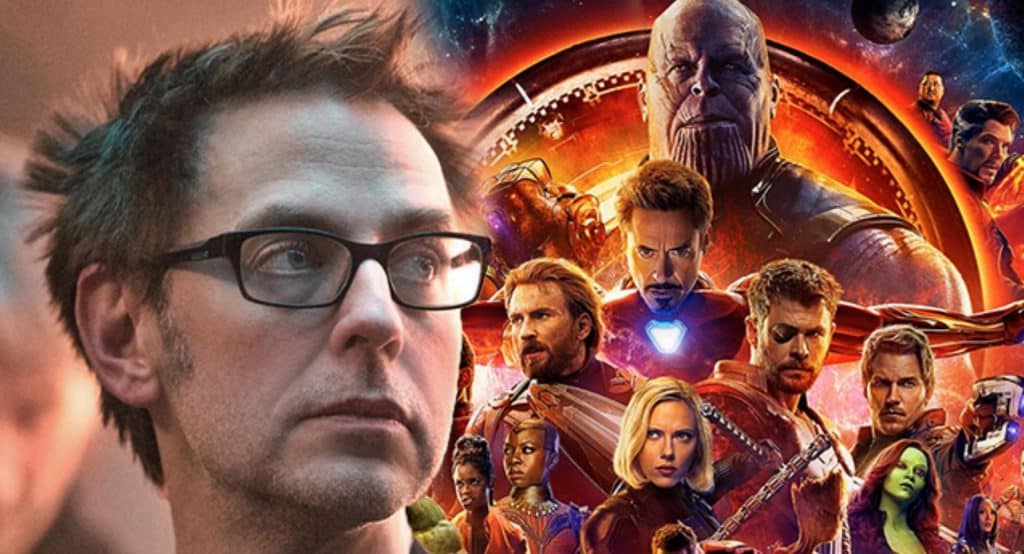 It is almost time for Avengers: Infinity War to hit theaters. With just over a month away until its release date of April 27th, there is some amazing hype building around it like stories of permanent deaths and Thanos being compared to Darth Vader. The final trailer to the film, gives us one positive outlook on how awesome this movie is just going to be, but what helps is hearing how excited the cast and crew are for the film’s release.

With so many characters set to appear in the movie, it is no doubt that they had to bring on so many people from the Marvel Cinematic Universe to help with the film and integrating characters. One of those brought on was the Guardians of the Galaxy Director, James Gunn.

While it is obvious that Gunn would give the Infinity War film a good review as he helped the Russo brothers with the Guardians of the Galaxy characters, it is awesome to see just how excited he really was after seeing the full film for the first time. On his twitter he posted how “Incredible” it was and how he would not be sharing any more information with us:

Avengers Infinity War is INCREDIBLE. Wow!!!! And that’s all I’ll say for the time being. #Avengers#AvengersInfinityWar#InfinityWar

Anthony Russo took to an interview to describe their collaboration with all the different MCU directors as “real collaborative united artists approach”, which gives all the fans some major hope that each and every different character will keep the personality we have all fallen in love with.

Even though Gunn is a key member of the crew behind Infinity War, we can probably take what he has to say to heart as he has been known for his bluntness in the industry. We can also come to our own assumptions with the final trailer, the hype, and the stills we have seen, that we will not be disappointed. Don’t forget to catch the 31-hour MCU marathon thrown by AMC theatres before Avengers: Infinity War is released.

Are you excited to see the film knowing that those who have seen it find it ‘Incredible’? What can you hope from the film? Be sure to let us know what you think in the comments below!