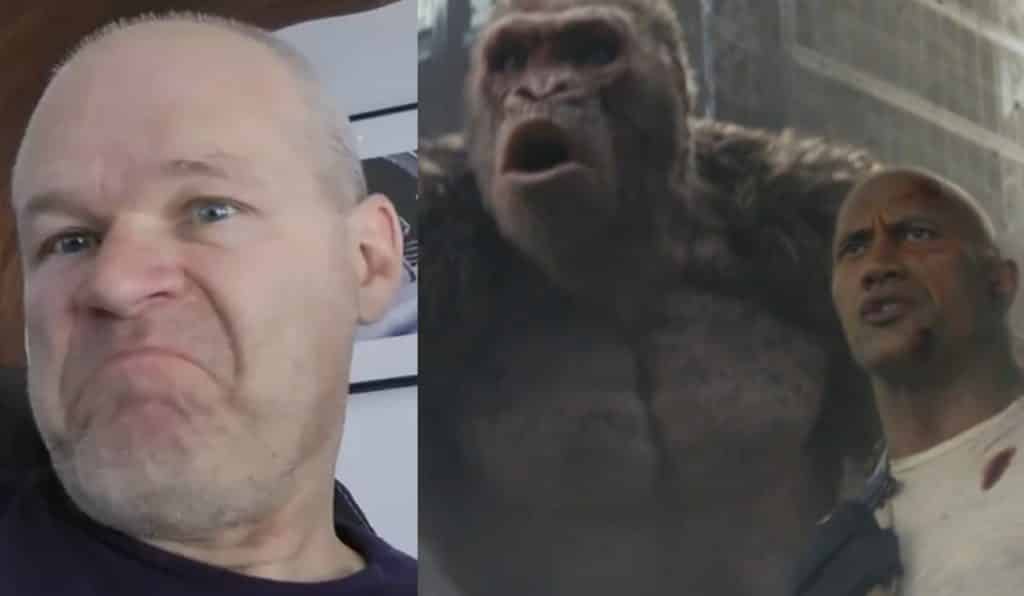 One of director Uwe Boll’s most well-known films happens to share a name with an upcoming blockbuster – Rampage.

While the two films are completely different, Boll has taken to Twitter to complain that the new film not only stole his title, but that the font on the poster was the same as his as well.

Boll moved matters to his official website, where he ranted almost incoherently about the new Rampage.

“We are living now in a world where Independent Movies are dead and the big players only are making all the money. That they then use developed brands and ideas from established series such as my Rampage films in order to make even more money is unfair but typical. The new RAMPAGE movie will shrink my brand and my revenues I can make in the future with my RAMPAGE movies. It also confuses the audience!”

“I want that WARNERS change the title, especially because the new movie has nothing to do with a RAMPAGE and looks more like Jumanji 2 and is one of those typical feelgood, popcorn bullshit movies that the studios use to brainwash America even more! All these kind of movies including Transformers, Avengers are helping the military industrial complex in America to win and have retards like Trump be American President who would say that the earth is flat as soon they think they can benefit from this!”

Yikes. Didn’t Boll know that the upcoming Rampage is an adaptation of a pre-existing arcade game? One that existed well before his Rampage films, for that matter.

Below you can see some of his subsequent posts on Twitter, both of which are completely mad.

OK. Press Release on front page of https://t.co/zGaQq3Kxa1 ”Uwe Boll goes on a Rampage against Warner Bros. Rampage” – share it across the internet. The public has a right to know! You rip Uwe Boll off, then you go to the tribunals! pic.twitter.com/MAtWGKIDKz

As for the actual upcoming Rampage…

Primatologist Davis Okoye (Johnson), a man who keeps people at a distance, shares an unshakable bond with George, the extraordinarily intelligent, silverback gorilla who has been in his care since birth. But a rogue genetic experiment gone awry transforms this gentle ape into a raging monster. To make matters worse, it’s soon discovered there are other similarly altered alpha predators. As these newly created monsters tear across North America, destroying everything in their path, Okoye teams with a discredited genetic engineer to secure an antidote, fighting his way through an ever-changing battlefield, not only to halt a global catastrophe but to save the fearsome creature that was once his friend.

Continue Reading
You may also like...
Related Topics:Rampage, Uwe Boll