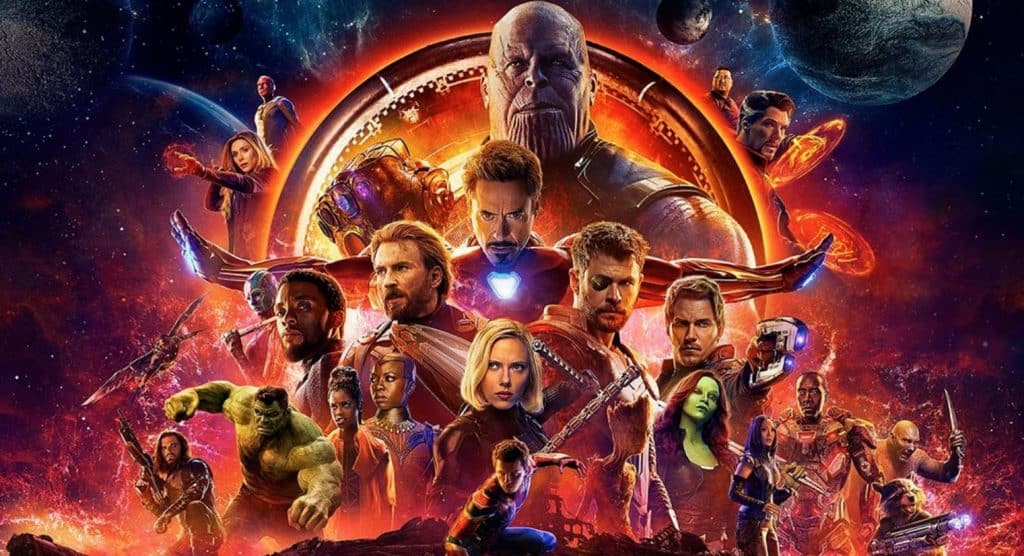 Spoilers! Everybody hates them, whether it be hearing that Darth Vader is Luke Skywalker’s father or Bruce Willis was a ghost all along – or even that Superman was in Justice League after all! Safe to say, nobody wants to hear them! Perhaps that is why directors of the highly anticipated, Avengers: Infinity War have issued a warning to fans not to post spoilers that could ruin the film for others.

The message was first posted to the brothers official Twitter accompanied by a very foreboding message, #ThanosDemandsYourSilence.

The actual message itself reads:

“To the greatest fans in the world

We’re about to embark on the Avengers: Infinity War press tour. We will be visiting fans all over the world screening only a limited amount of selected footage from the film in order to avoid spoiling the story for future viewers.

We will not screen the film in its entirety until the Los Angeles premiere shortly before the film’s global release. Everyone involved with the film has worked incredibly hard for the past two years maintaining the highest level of secrecy. Only a handful of people know the film’s true plot.

We’re asking that when you see Infinity War, in the coming months, that you maintain the same level of secrecy so that all fans can have an equal experience when they watch it for the first time. Don’t spoil it for others, the same way you wouldn’t want it spoiled for you.

It is true that nobody should really want to go out there and spoil the enjoyment for others, but that’s not to say that it doesn’t happen. Hell, in 2014, I went to an advanced screening of Captain America: The Winter Soldier and the Hydra twist was online before I had even got to the bar after the film. It is a wise choice to not screen the film in it’s entirety until closer to the film’s release.

It’s not just the directing duo who want people to keep the film’s secrets, several of the film’s stars have also jumped on the cause including Iron Man himself, Robert Downey Jr., who tweeted:

Spider-Man star Tom Holland, who seems to have majored at the Mark Ruffalo School of Film Spoilers, also got in on the joke adding.

And Jeremy Renner, whose Hawkeye character has been strangely absent from marketing also chimed in with a joke, tweeting:

Thankfully fans don’t have long to wait for the film now, with it set to hit theatres in little over three weeks time. I got my midnight ticket, no spoilers for this guy…. hopefully.

What do you think? Do you think this will work? What’s the worst twist you had spoiled? Let us know below!