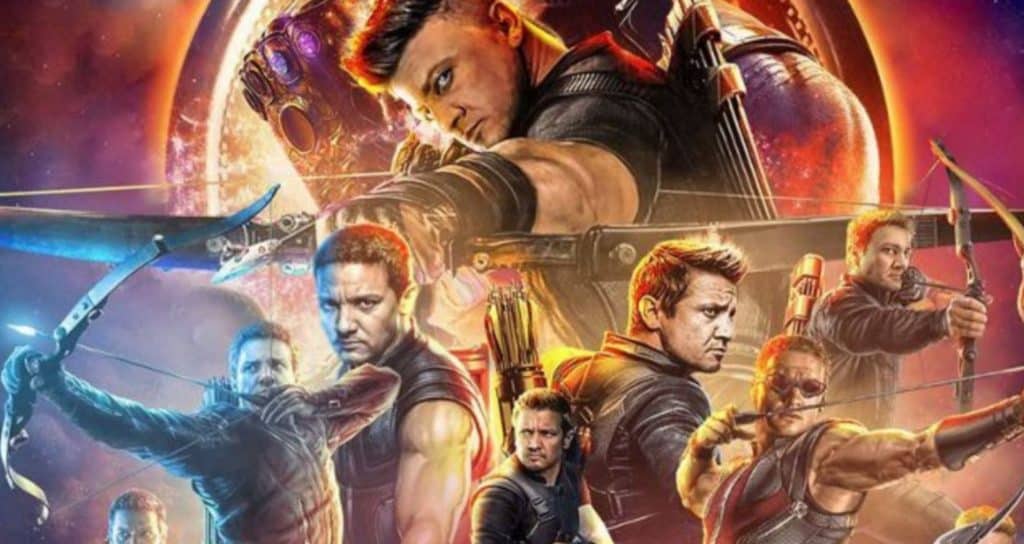 Throughout the intense scrutiny during the production of Avengers: Infinity War, and the marketing leading up to its release, many Marvel fans have been asking the same question: where the hell is Hawkeye?

In the MCU, he’s a founding member of the Avengers. The character has featured in four films so far. Introduced in a cameo in Thor, he was later brainwashed by Loki in Avengers. He had a very prominent role in Age of Ultron. Civil War saw him with less screen time, but stealing every scene he appeared in.

So why in the world is his presence in Infinity War being ignored? We know he’s *in* the movie. The official cast list tells us that much. However, he hasn’t been seen in a single piece of official marketing for the film. Not in trailers, posters, or merchandise. What gives?

We’ve been left to speculate for months now. The most likely scenario is that his storyline sets up Avengers 4, and therefore would contain massive spoilers. We’re supposed to not notice his absence, I think. Just focus on the Big 4 instead, and the merging of the different MCU teams. Nothing to see here.

But fans *are* noticing, and we aren’t shutting up about it. In fact, one person in particular has had a hilarious response to the archer’s conspicuous absence. Digital artist BossLogic has created this epic poster, sure to be a must for all Hawkeye fans.

With the exception of Thanos‘s big ugly purple badly CGI’d head, this image is All Barton Everything. I count no less than NINE Hawkeyes, in various poses and costumes. Clearly, the rest of Earth’s Mightiest Heroes can just take a day. Clint’s got this.

The poster’s humor caught the eye of two very important men in the MCU – brothers Joe and Anthony Russo, the directors of Infinity War. In fact, they changed the cover photo on their shared Facebook page to the image.

Now that even the Russos are poking fun at the apparent lack of Hawkeye, do you think that tells us anything about the character’s presence (or lack thereof) in the movie? And would you buy this poster? I know I would! Tell us in the comments what you think is up next for the world’s greatest marksman.