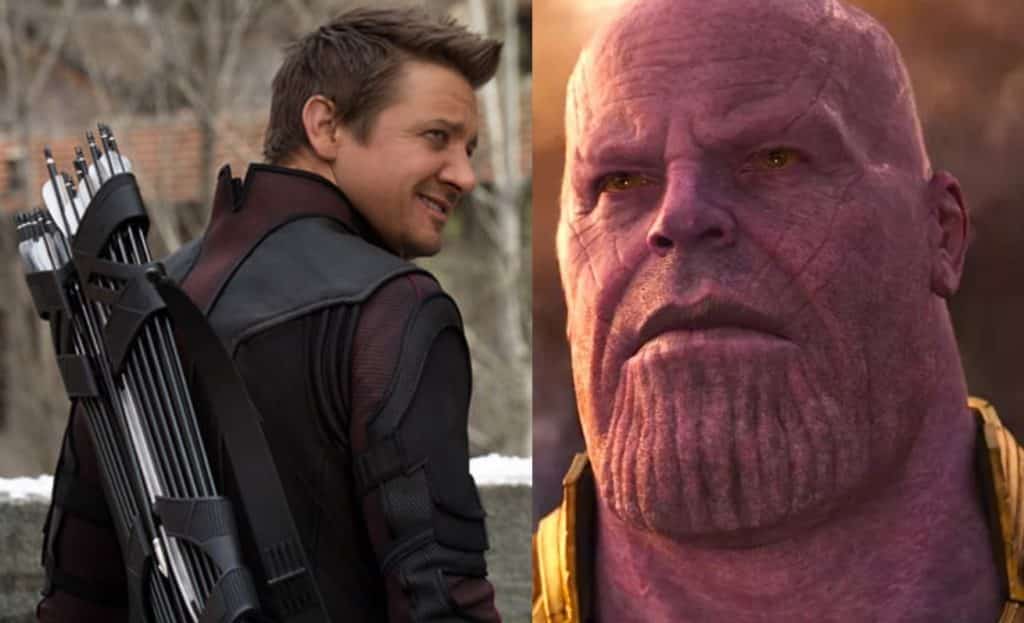 By now, I’m sure you’ve seen the Avengers: Infinity War trailer at least half a dozen times, like I have.  And while there’s all kinds of awesome to be found from a plethora of characters, one is conspicuous in his absence. Where the hell is Hawkeye?

Clint Barton, the world’s greatest archer and marksman, has been an Avenger from the very start. He first hit the screen in Thor, with a cameo appearance standing guard over the thunder god. He went on to play a pivotal role Avengers, and a larger one in Age of Ultron. Sadly, Captain America: Civil War saw him with less screen time, but both the character and actor Jeremy Renner have a knack for stealing every scene.

Which brings us to Infinity War. Why is an original Avenger nowhere to be seen at such a pivotal moment in the team’s battle against the forces of evil? Directors Joe and Anthony Russo spoke to Screen Rant. Here are their quotes on the matter:

Joe Russo: “Coming out of Civil War, he’s in the same position that Cap and Falcon are at the end of that movie. And Ant-Man. Coming into this movie, you know… Characters on Cap’s side coming out of the Civil War, some made certain decisions and others made other decisions that led to different paths in them dealing with oversight in this movie in a different way. So Hawkeye’s on his own journey in this movie.”

Anthony Russo: “Yeah. He has a unique reaction to the civil war situation that puts him in a special spot in this film.”

Sounds like they’re keeping things rather close to the vest, which is completely understandable. Hawkeye’s role is said to be much larger in Avengers 4, so it’s likely that a pivotal event takes place in Infinity War, setting up his important part in the sequel. We probably can’t be told much of anything without massive spoilers.

What do you think will happen to Hawkeye in Infinity War? Tell us in the comments!