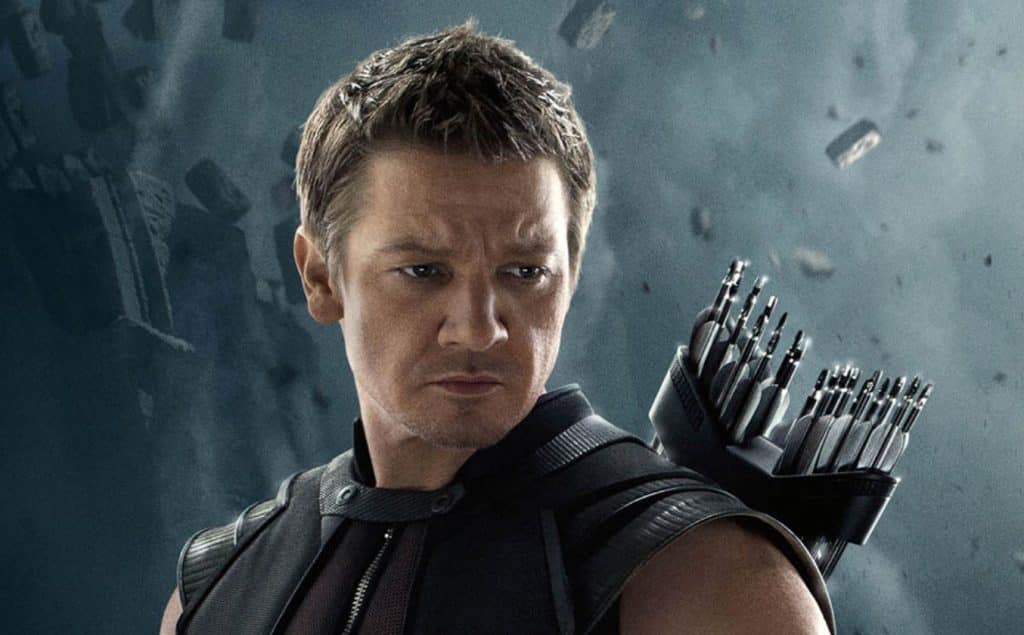 For a few months now, random tidbits of news have teased a new direction coming up for Hawkeye. The master archer is said to undergo major changes in Avengers 4, possibly leading him to abandon his identity entirely.

Jeremy Renner, who portrays the character, has only fanned the flames of these rumors with his Instagram posts. Now he’s done it again, sharing this image on the social media site.

“costume on point today…….what do you think?”

… with a winking emoji. Well, Mr. Renner, I think you’re being sneaky. Knowing that fans are clamoring to see him in full costume, he simply posts a silhouette instead. A silhouette that tells us nothing… or does it? Hawkeye’s trusty quiver is prominent in the image. Does that refute the rumors of him becoming Ronin?

And just who, you may ask, is Ronin? Well, in the comics, Clint Barton suffers a terrible tragedy. This loss leads him to leave behind his identity as Hawkeye, only to re-emerge as Ronin. (The word is Japanese for a samurai with no master or clan.)

In Japan, Ronin would roam aimlessly, doing the honorable thing when the opportunity presented itself, before moving on alone. It’s a very solitary path for Barton. He’s still a hero, but no longer the sarcastic wise-cracker we all know and love. Instead, he’s filled with pain and sorrow, hatred and vengeance.

What sort of tragedy could be the catalyst for such a huge transformation? The only thing we can think of is the loss of his beloved family. In Avengers: Age of Ultron, we learned that Barton has a wife and three kids ensconced in a remote farmhouse. He kept them a secret in an attempt to ensure their safety.

But nothing stays hidden forever, especially against an enemy as all-knowing as Thanos. We can only speculate at this point, but it seems likely that the Mad Titan learns of the existence of Barton’s family. Either for strategic purposes or for his own twisted enjoyment, he takes them out. At that point, he likely thinks he has neutralized an Avenger, getting Hawkeye out of his way for good. Instead, he has created an even more powerful adversary.

Whether or not this all comes to pass is only conjecture at this point. We’ll just have to wait and see the “insane juggernaut of a film” when the followup to Avengers: Infinity War is released in May 2019.

What do you hope to see in Clint Barton’s future? Tell us in the comments!