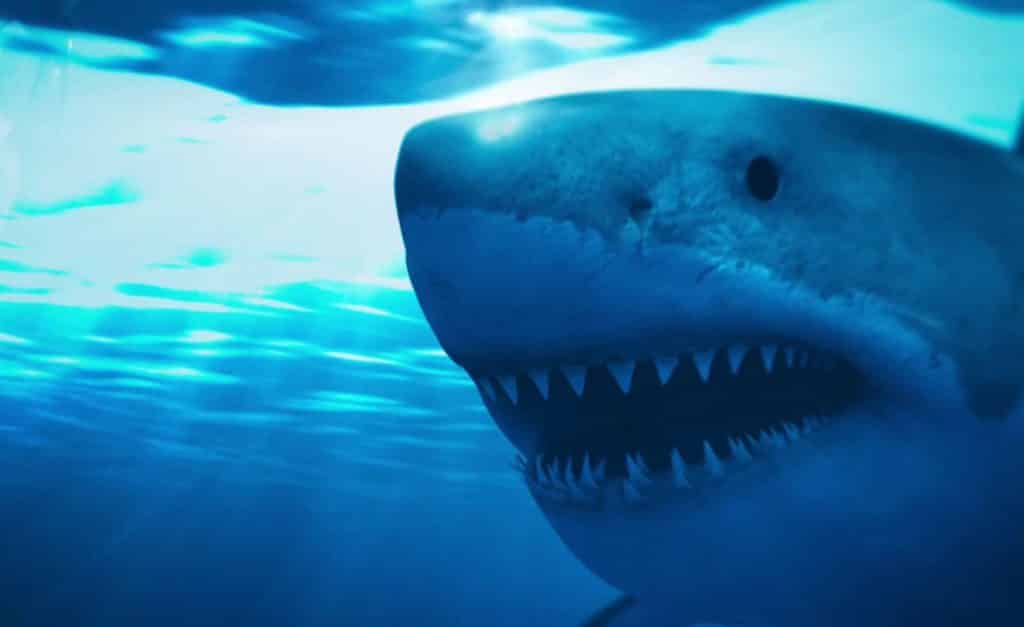 When sequels are announced, you often get incredibly excited or the enthusiasm leaves your body completely, but you usually cannot help yourself when new clips or pictures are released. Deep Blue Sea 2 was announced, then taken from us – but eventually was brought back into production.  As confusing as it all was, now fans are just sitting at the edge of their seat to watch the film that’s going to take science back to the shark with horrible consequences. It is going to bring nature vs nurture into account when they take antibodies from aggressive bull sharks to try and cure human diseases. It is set to release on DVD April 17th, and with that not being but a few weeks away, a clip is finally here.

In the clip, we whiteness 2 men that seem to be fishermen, standing on the edge of their small boat with a pack of angry and violent sharks gathering and heading directly towards them. In ‘stupid move’ fashion, they do not move or get worried but act as if the sharks are making a grave mistake for themselves. We then get to see them fall into the water before the clip ends and we all know what will happen after that, so let us just wave to them as they prepare for their death.

The clip is 30 seconds long, but it really gives you the feel of how aggressive these sharks will be in the film and also how the human race believes they are above them on the intelligence and food scale. With nothing more than a swift hit to the boat they will teach these fishermen and scientist who really runs the ocean and how they are in their territory now.

The film is written by Erik Patterson, Jessica Scott and Hans Rodionoff and is directed by Darin Scott who is an independent two-time spirit award nominee. The cast includes Danielle Savre as Dr. Misty Calhoun, Rob Mayes as Trent Slater and Michael Beach as Carl Durant. This is a sequel to the 1999 Deep Blue Sea film which was a thriller that ended its box office run with over $164 million worldwide, which is not too shabby. You can pre-order Deep Blue Sea 2 now on Amazon or wait for it to hit shelves soon.

Are you going to rent or purchase this movie at all? Do you have any interest in this sequel? Be sure to let us know what you think in the comments below!