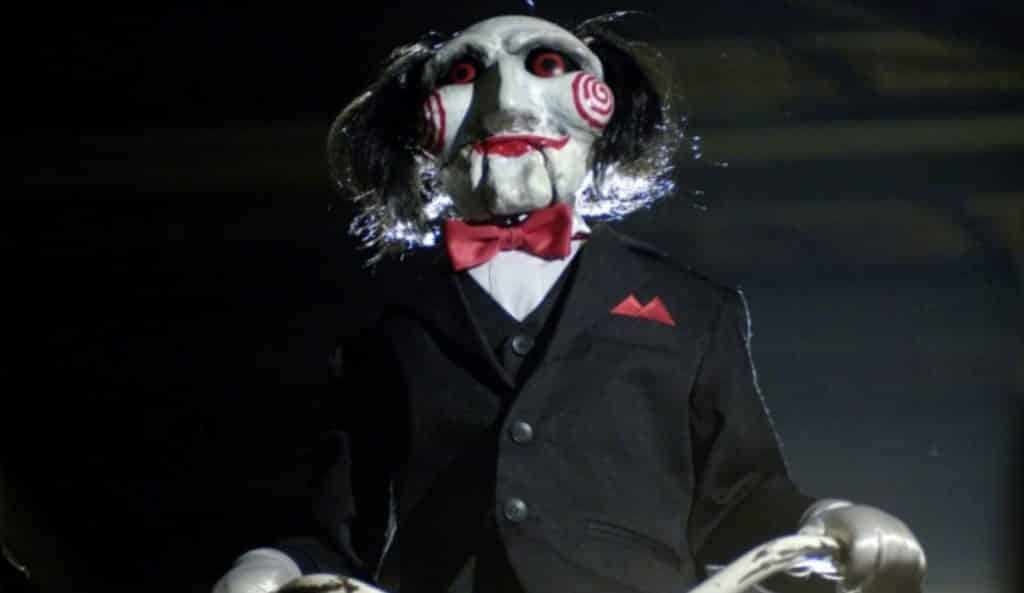 October 2017 was an exciting time for horror fans, we not only got to see the new adaptation of Stephen King’s IT – but the return of the Saw franchise after a seven year absence. The latest film was called Jigsaw, and with such a title it was suspected that the film would reinvigorate the franchise and produce a new series of sequels.

Now it seems that’s indeed the plan, with Jigsaw writers Pete Goldfinger and Josh Stolberg returning to pen the next installment. The news comes from Bloody-Disgusting, who’ve also reported that Jigsaw directors Michael and Peter Spierig will not be returning. Per the report:

At the time of the writing, a ninth SAW was just a “conversation”, but it’s now actively in development, sources confirm to Bloody Disgusting.

While we’re unsure if the next installment will be a direct followup to Jigsaw or SAW 3D: The Final Chapter, what we do know is that Jigsaw writers Pete Goldfinger and Josh Stolberg (Piranha 3D, Sorority Row) are currently developing it for Twisted Pictures.

Jigsaw directors Michael and Peter Spierig will not be returning and there is still no director attached.

Hopefully they can invent a plot that will really utilize what the franchise has introduced so far. There are plenty of characters to work from and endless scenarios, so no doubt they can do some really special things.

In the previous film, Jigsaw…

After a series of murders bearing all the markings of the Jigsaw killer, law enforcement finds themselves chasing the ghost of a man dead for over a decade and embroiled in a new game that’s only just begun. Is John Kramer back from the dead to remind the world to be grateful for the gift of life? Or is this a trap set by a killer with designs of their own?

Are you excited for another Saw movie? Be sure to tell us your thoughts in the comments!