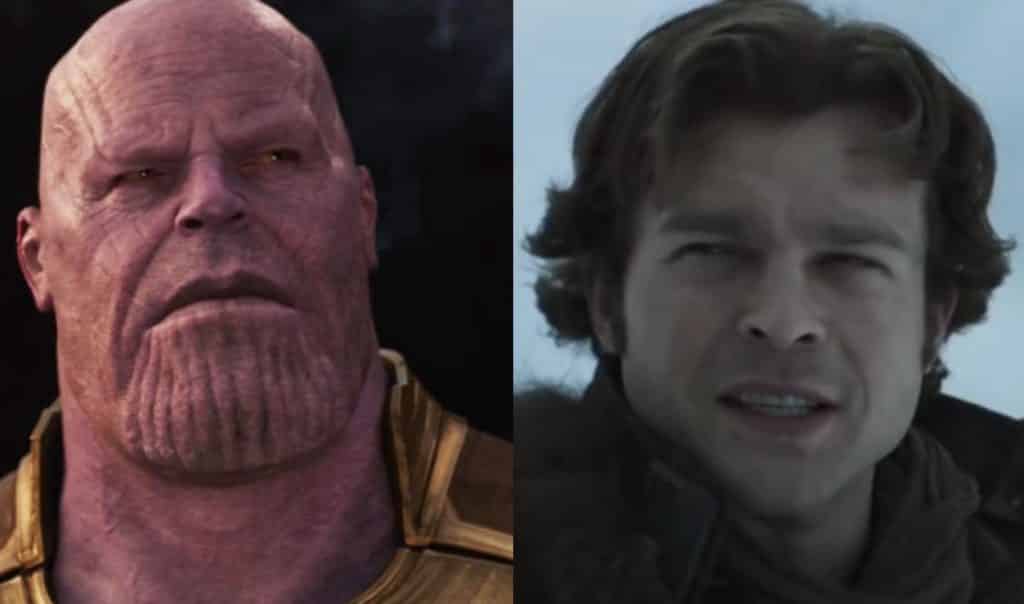 Sabotaging ratings of movies is all the rage these days, as it seems to be more common than it ever was before. For those who are unaware, there is currently an Anti-Disney group out there on Facebook, who routinely gets shut down – only to resurface before a big movie comes out. It happened with Black Panther, and now, the group, called Down With Disney’s Treatment of Franchises and its Fanboys – is back. The latest post from the group features boasting about “success” in altering the ratings of that film – as well their plans for the future.

Hello everyone, yes I am back. Now you might be wondering why after this time away that I needed to come back after my semi-success with getting Black Panther downvoted (79% vs the original 90’s score and putting the score well below Wonder Woman is still a win).

It’s all one simple reason, the hate you feel for movies like The Last Jedi and Solo: A Star Wars Story and all the Marvel movies(yes it still exists) as well, I feel it too. I still see it and it warms my heart that everyone in those comments sections still give in to the hate regarding Disney’s Liberal Agenda and see it for what it is.

You may say that you aren’t Alt-Right and despise us but you only despise us out of the fact that we say what is on everyone’s minds. We are the ones that speak out. Years and years of Liberal conditioning made you think that we are the bad guys. We aren’t. Say it with me, there is nothing wrong with being Straight and White and Male and wanting our representation. You all want it too, don’t deny it. I see it all the time in the comments which is why I need to come back.

I will still fight for balance and for Disney to crawl back to the hole it came from and to ensure that my friends and like-minded compatriots who love the DCEU/Zack Snyder and the Star Wars EU who want Legends canon to continue will have their victory. Now I may not have the same kind of sway like I used to, I mean getting that 5000 odd folk to rally against Black Panther was no easy feat and maybe Rotten Tomatoes has a contingency plan and is afraid of us DCEU/Zack Snyder fans but I can still spoil all those silly Disney movies for all of the sheep still out there.

And just to re-iterate once again one more time, if you hate The Last Jedi as well as what Solo: A Star Wars Story stands for, and what the MCU and its influence did do towards DC Movies, YOU ARE ON MY SIDE AND A PART OF MY CAUSE. It’s okay to hate forced diversity. Fight for what is right, fight against the Anti-Straight White Male hate, fight for the EU/Legends, fight for the DCEU and our lord and savior Zack Snyder.

And if my page gets taken down, I will continually restart it.

Obvious troll is obvious – but still pretty sad. It looks as though they plan to go ahead with a similar campaign against Avengers: Infinity War and Solo: A Star Wars Story. Aggregator site Rotten Tomatoes is aware of campaigns like this, saying:

We’re sure the Facebook group and post will be taken down, but in the meantime, we’ll be sure to keep you posted on all of this very meaningful news.

What do you think about this anti-Disney group? Be sure to tell us all of your own thoughts in the comments!