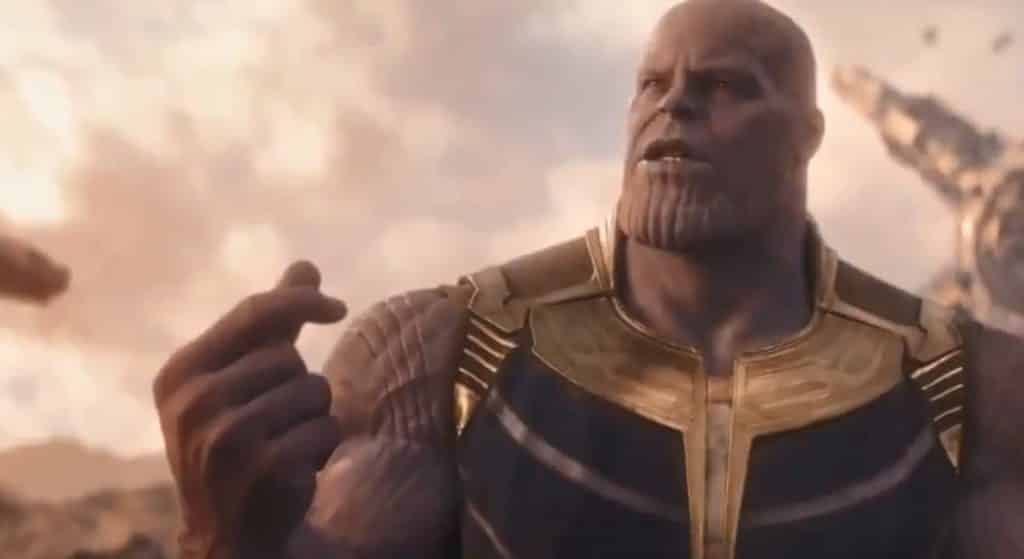 It’s been said in previous Avengers: Infinity War trailers that all Thanos has to do is snap his fingers – and he’ll wipe out half of mankind. Now, we get our first look at Thanos doing just that in a new Infinity War TV spot – as well as some other interesting parts in the upcoming Marvel Cinematic Universe film.

We already know that Thanos is going to be one big bad villain – as said by Kevin Feige:

What do you think about the new Thanos clip? Are you excited for Avengers: Infinity War? Be sure to tell us all of your thoughts in the comments!

Marvel Studios’ 10 Years Of Fandom Featurette Is All About The Fans
‘Avengers: Infinity War’ TV Spot May Have Revealed Soul Stone Location
Advertisement
Advertisement
To Top