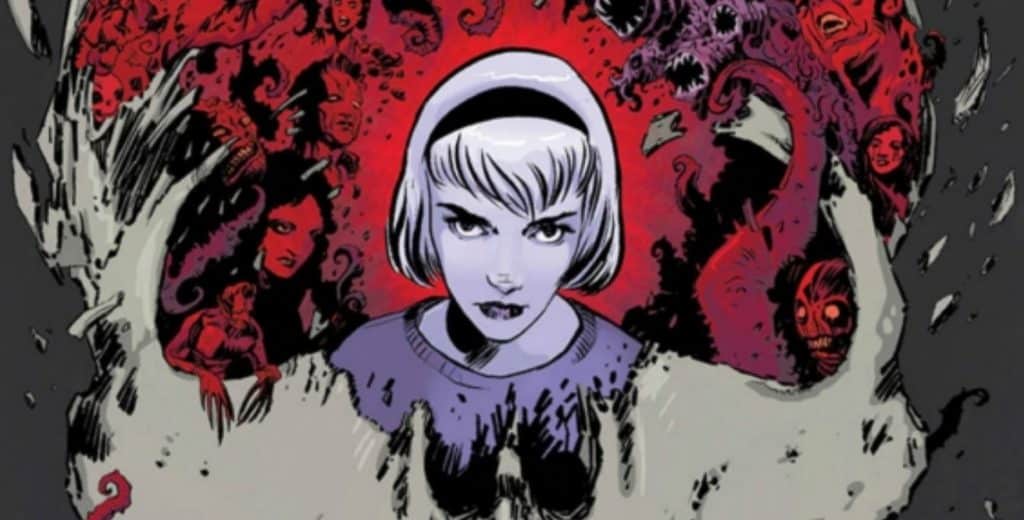 Netflix is already deep into the production of their upcoming and untitled series based on The Chilling Adventures of Sabrina. It’s intended to reimagine Sabrina the Teenage Witch as a darker, more horrific property in the vein of The Exorcist or Rosemary’s Baby. Netflix has so much faith in the project they’ve actually already ordered two seasons for a total of twenty episodes.

Now we’re getting more looks at the show as production continues – after we were already given the first look at Salem the Cat recently. Creator Roberto Aguirre-Sacasa already shared our first look at Kiernan Shipka as Sabrina Spellman and her boyfriend Harvey played by Ross Lynch last week. This week he’s starting off by sharing an eerie goat named Black Narcissus.

#Riverdale has Vegas, #Sabrina has Black Narcissus. What a wonderful night for a dark baptism. pic.twitter.com/ynz2OrkzCR

We also have plenty of behind the scenes photos from @SabrinaChilling.

It certainly looks to be an enchanting production, and hopefully the show lives up to the hype once it’s out.

“Tonally in the vein of Rosemary’s Baby and The Exorcist, this adaptation finds Sabrina wrestling to reconcile her dual nature — half-witch, half-mortal — while standing against the evil forces that threaten her, her family and the daylight world humans inhabit.”

And here’s what we know for Sabrina herself…

“An empowered young woman, half-human, half-witch, Sabrina is just beginning her dark education as a sorceress, even as she tries to maintain a normal life as a sophomore at Baxter High. Intelligent, compassionate and brave to the point of recklessness, Sabrina is all that stands between us and the forces of darkness that threaten our world.”

What do you think about the new pictures? Are you excited for the series? Let us know in the comments section down below!

Continue Reading
You may also like...
Related Topics:Sabrina The Teenage Witch, The Chilling Adventures of Sabrina