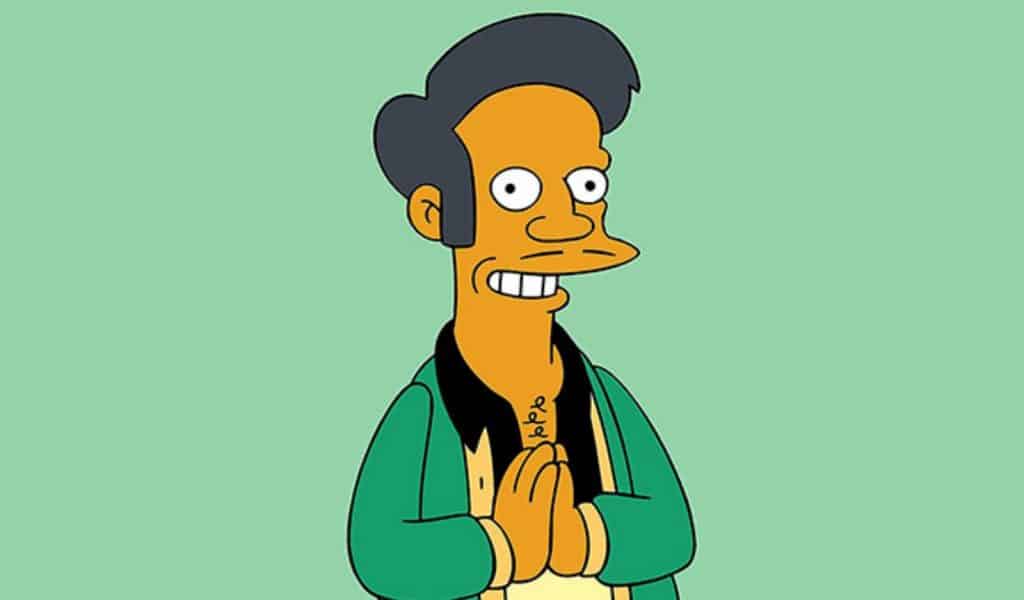 In case you are unaware, there was recently a documentary released about The Simpsons – specifically the offensive nature of the popular character named Apu. The documentary titled The Problem With Apu, was directed by Hari Kondabolu, and sheds light on what is considered an offensive stereotype. Well, the writers of The Simpsons became aware of it, and responded – essentially shrugging it off:

“Something that started decades ago and was applauded and inoffensive is now politically incorrect… What can you do?” pic.twitter.com/Bj7qE2FXWN

TBH, I really don’t see how Apu can be thought of as offensive. He’s just a character in a spoof cartoon that spoofs virtually everything. Why is it surprising that a character in that cartoon is a spoof? What did you expect?

First of all, I’m flattered that you think I’m friends with @harikondabolu … I say watch the movie because it does a great job describing the problems and ramifications of South Asian representation and the fact that you’re dismissing the whole issue is a lazy fucking cop out

First of all, I’m flattered that you think I’m friends with @harikondabolu … I say watch the movie because it does a great job describing the problems and ramifications of South Asian representation and the fact that you’re dismissing the whole issue is a lazy fucking cop out

People actually think the portrayal of Apu in The Simpsons is racist? It’s an exaggerated comedic STEREOTYPE, like Homer as a fat dumb American

Racism: discrimination against a race in the belief that one’s own race is superior

No character is portrayed as racially superior

Now imagine being so offended by it you make a documentary about it and cry when the show’s creators tell you to GTFO.

There’s nothing wrong with Apu.

The funniest thing about The Simpsons Apu outrage is the self righteous “Lisa would never say that” crowd.

Thing to understand about anybody defending the Simpsons’ shitty response to the Apu issue is they’re making clear they’d support minstrelsy targeting *any* race, if they could get away with it. Just means we’re the last one they think they can insult. We see you.

.@harikondabolu discusses The Simpsons’ racial blind spot in “The Problem with Apu.” pic.twitter.com/SNCxnqP6ov

Hank Azaria, the voice behind Apu, spoke about the controversy in January, saying:

“’The Simpsons’ over the years has been pretty humorously offensive to all manner of people Republicans, Brazilians, presidents, high school principals, school principals, Italians, you name it,” he said. “And they take a lot of pride over there in not apologizing for any of that. I think, over the years, they’ve done a really good job of being, shall we say, uniformly offensive without being outright hurtful.”

He also said that the producers of the show would be addressing the issue in the future – and it appears that this is how they decided to do it.

What do you think about the controversy? Be sure to tell us your thoughts in the comments!

Continue Reading
You may also like...
Related Topics:Apu, the simpsons