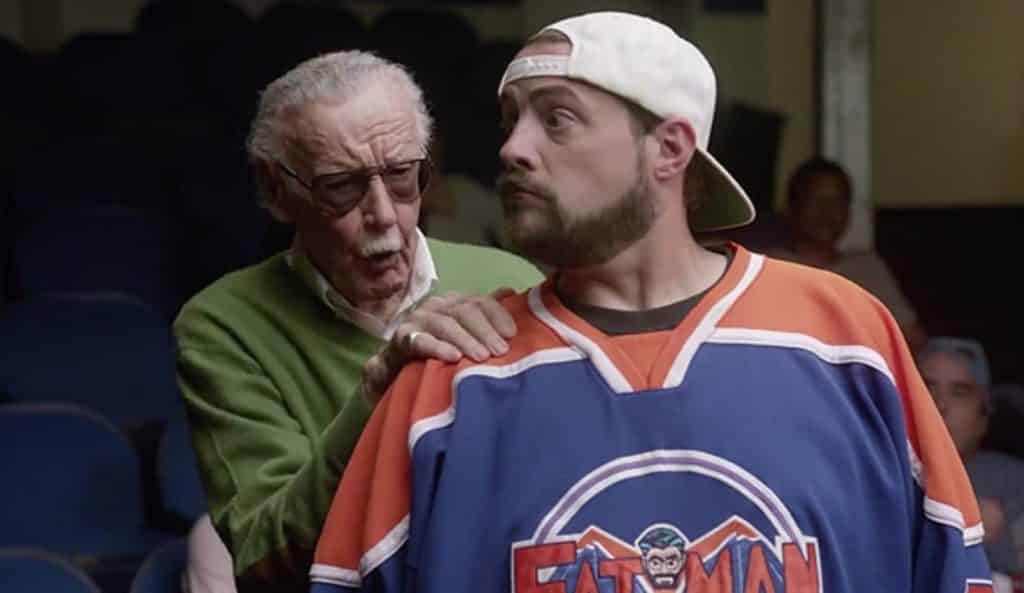 Stan Lee is having a pretty terrible last few years – in what will obviously be the actual last few years of his life. People are messing with his money, his blood, and now – it appears that his own daughter has been giving him a terrible time as well – according to a new report, that is.

THR reports some pretty disturbing details, that are laid out for you below:

Lee and his late wife had arranged a trust for their daughter because she had trouble supporting herself and often overspent. “It is not uncommon for J.C. to charge, in any given month, $20,000 to $40,000 on credit cards, sometimes more,” the document states. It goes on to describe how, when he and his daughter disagree — “which is often” — she “typically yells and screams at me and cries hysterically if I do not capitulate.”

Lee explains that J.C. will, “from time to time,” demand changes to her trust, including the transfer of properties into her name. He has resisted such changes, he states, because they “would greatly increase the likelihood of her greatest fear: that after my death, she will become homeless and destitute.”

The report has a lot of details in it, but here’s where it gets particularly disturbing:

According to household staff and business associates, there have been times when J.C.’s verbal outbursts have turned physical. One incident took place in winter 2014, explains Lee’s former business and asset manager Bradley J. Herman, after J.C. discovered that the new Jaguar convertible parked outside, which she thought had been purchased for her, was in fact only leased — and in her father’s name. Herman, in Stan’s office to handle some paperwork, recalls that the argument spiraled out of control after J.C. called her parents “fucking stupid” and Joanie told her the car was “now [Joanie’s.]”

According to Herman — whose active Hollywood client list he keeps private but who previously worked for Johnny Carson and Frank Sinatra — J.C. then roughly grabbed her mother by one arm, shoving her against a window. Joanie fell to the carpeted floor. Lee, seated in a nearby chair and looking stunned, told J.C. he was cutting her off: “I’m going to stick you in a little apartment and take away all your credit cards!” Herman recalls Lee shouting. “I’ve had it, you ungrateful bitch!” In “a rage,” J.C. took hold of Lee’s neck, slamming his head against the chair’s wooden backing. Joanie suffered a large bruise on her arm and burst blood vessels on her legs; Lee had a contusion on the rear of his skull. (J.C. has previously denied the incident.)

Shortly afterward, allegedly at Joanie’s behest, Herman took photos that purport to show her injuries, which he shared with THR (another visitor to the house shortly thereafter confirms the wounds). Herman contends the parents asked him not to pursue the matter with police, wary of publicity and law enforcement for their daughter, whom they viewed as emotionally fragile and who they told intimates was still haunted — even as a senior citizen herself — by the bullying of her childhood.

It sounds as though, sadly, the Marvel legend is being taken advantage of due to his old age. It’s pathetic, and while he should be enjoying his last few years he has, he’s instead arguing and dealing with a very stressful situation regarding his daughter and other associates – who only seem to care about money.

One person saw this report, and offered a helping hand – that person being none other than filmmaker Kevin Smith, who tweeted:

This is heartbreaking. We love you, @TheRealStanLee. You are always welcome to come live with me – or please let us fans buy you a new place to live. We miss you, sir. https://t.co/egR7Ijv2pi

Here’s hoping that this situation gets settled. However, with millions of dollars at stake – it probably won’t be any time soon – which is beyond depressing.

“Everything in my life is going the way I want it to. My friends are my friends, my daughter is my daughter, and I’m beginning to learn who my enemies are. That’s really all I can say now. Everything I’ve said up until this moment is God’s truth.”

Hopefully this is the case.

What do you think of this? Would you like to see Stan Lee go live with Kevin Smith? Be sure to tell us your thoughts in the comments!