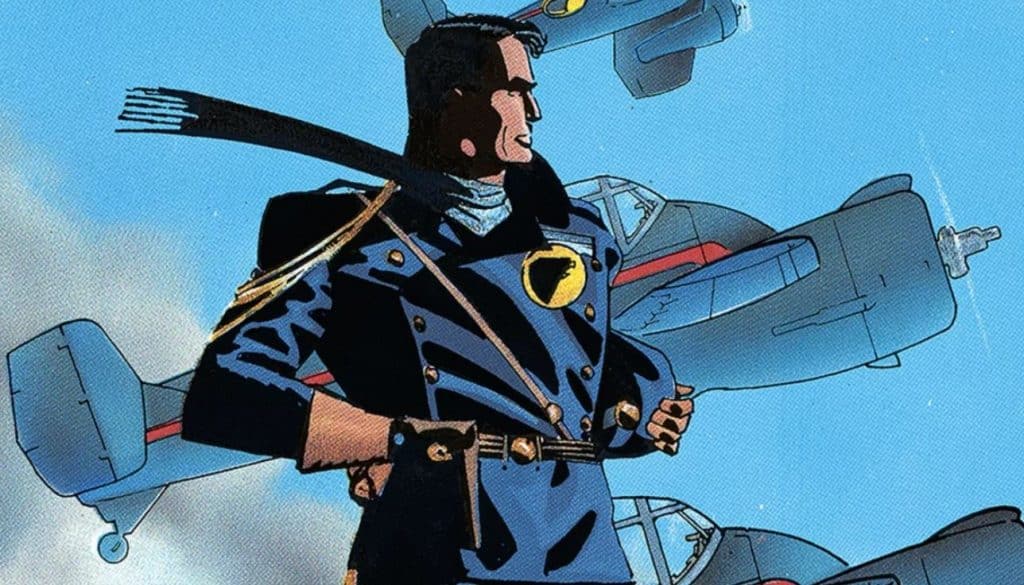 Well, if somebody asked me what DC Comics property would be one of the next one’s set for the big screen, I never would have suggested it being Blackhawk and if you had asked me would be bringing this film to this big screen, I definitely would have said Steven ‘Superhero movies will die out like Westerns‘ Spielberg. But alas, here we are and I couldn’t be more excited.

For those of you who are unaware, Blackhawk was the leader of group of WW2-Era Ace Pilots known as the Blackhawks. Operating from their hidden base on Blackhawk Island, the team would often battle the Axis forces of evil. Which based on past experiences with Nazi-Punching in Inidian Jones, should make Spielberg the ideal choice for such a project.

As it stands, the Ready Player One Director is only in line to develop the film, but sources are saying that if all goes well, he will also helm it. Spielberg has even released a statement regarding the project which reads.

“It was wonderful working with the team at Warner Bros. to bring ‘Ready Player One’ to the screen. They bring a blend of passion and professionalism to everything they do and have a tremendous history in this genre. I am excited to reunite with them on ‘Blackhawk.’”

This isn’t the first time that Spielberg has tried bringing the character to the big screen however. In 1982, the director was looking to adapt the property into a feature film with his 1941 star, Dan Aykroyd set to take on the lead role. Apparently, the director’s interest in the character eventually led to the comic series being rebooted. The writer of the comic, Mark Evanier revealed.

“I believe what happened was that Steve Spielberg was interested in possibly doing something with ‘Blackhawk’ and somebody even mentioned that Dan Aykroyd wanted to play the character… so suddenly DC thought it was advantageous to have a comic back on the schedule.”

This news does seem to be a turning point for the director, who back in 2015 was quoted as saying,

“We were around when the Western died and there will be a time when the superhero movie goes the way of the Western.”

With Spielberg currently working on the fifth Indiana Jones film and his West Side Story remake, it will likely be a while before it’s released anyway.

What do you think? Are you excited for this project? Would you rather the studio focus on another property? Let us know below!