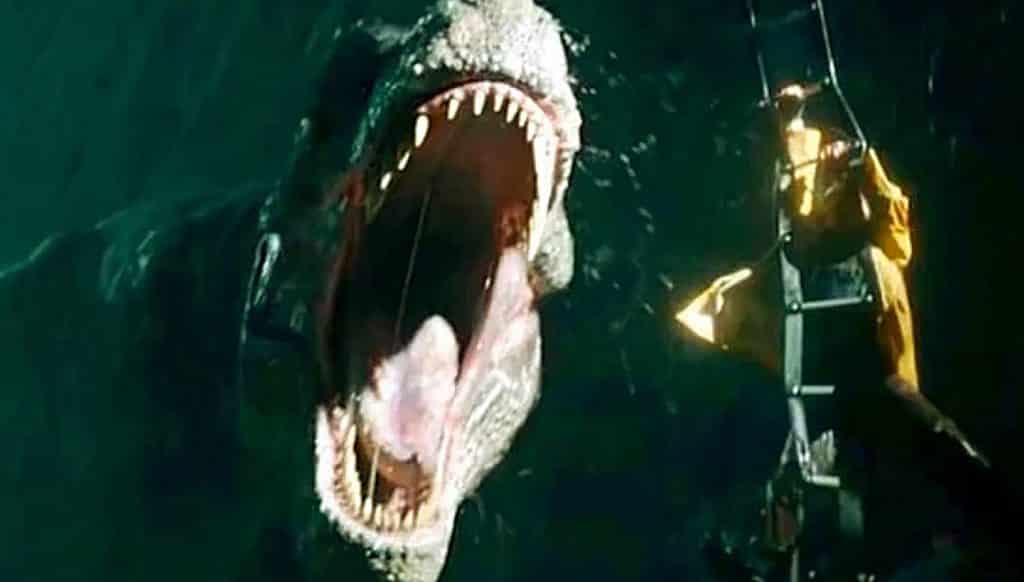 Jurassic World: Fallen Kingdom has sent out its final trailer before its June 8th theater release, and with that, some very open-eyed fans may have spotted some throw back Easter eggs for the original Jurassic Park. The film was released in 1993 and opened to world to a brand-new series of films that brought the dinosaur life right into our living room.

The trailer has tons of new material in it and keeps the fast-paced action style with the humor of Chris Pratt (Owen Grady) mixed in it. However, besides all the new dinosaur battles and running, there was a little tribute that was tossed in to the originals menace, Dennis Nedry played by Wayne Knight. If you look closely you can see the infamous yellow rain coat that Nedry wore while trying to escape the park after he deliberately caused mayhem.

You may have to watch the video on full screen to catch the small glimpses but once you spot it, it is a neat little throwback that shows they do not forget where they came from. The two appearances spotted were at 1:33 with a character hanging from a helicopter before he meets his doom, and 1:45 where the T-Rex is about to go angry all over the man standing there.

This reminds me so much of the Mosasaur Feeding event. Don’t forget, she’s a little shy, so clap your hands when she comes out of the water. 😉#FallenKingdom#LifeFindsAWaypic.twitter.com/6RwyP2ukzZ

The characters are most likely not in much more then a scene or two, but it is nice to see that fans still think of Nedry when watching Jurassic World. For those of you who do not remember, Nedry was the pain in the butt who attempted to steal the embryos and sell them for a large profit – but it ended up taking away his life instead.

Jurassic World 3 has already been announced by Universal and is set to arrive June 11th, 2021 with the director Colin Trevorrow returning. Jurassic World: Fallen Kingdom is going to also see the return of Chris Pratt, Bryce Dallas Howard, and we will even get to see Jeff Goldblum once again.

Did you spot the Easter egg? Do you think it was even meant as an Easter egg or just coincidence? Be sure to let us know in the comments below!