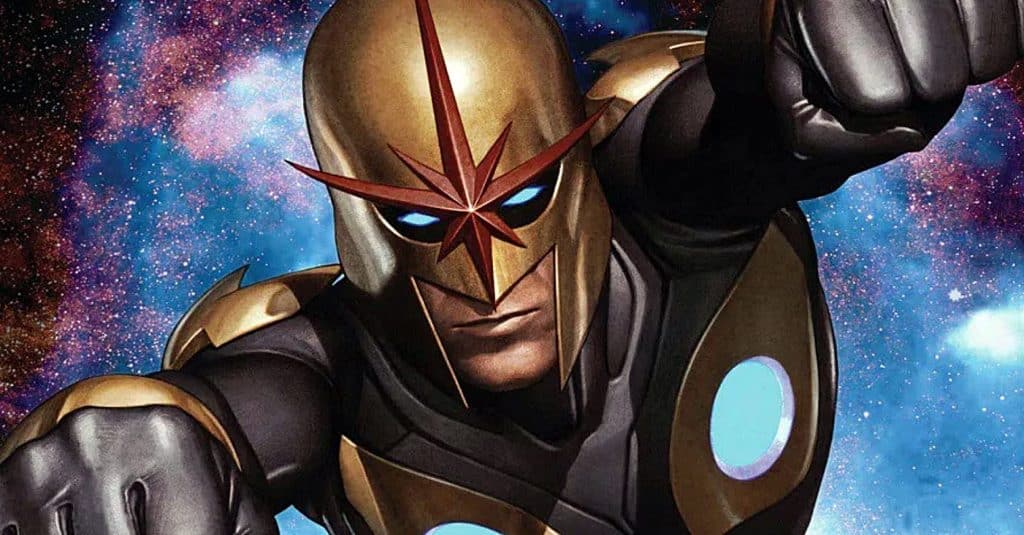 Since Guardians of the Galaxy hit theaters back in 2014, the Marvel Cinematic Universe hasn’t been afraid to embrace the cosmic side of things. This has primarily been setting the stage for the climactic battle in Avengers: Infinity War, which is set to be released later this week. However, it sounds like we can expect to be seeing more of this in the very near future – specifically Nova, a character many fans have wondered about.

In a recent interview, Marvel head honcho Kevin Feige revealed the cosmic superhero has ‘immediate potential‘ to be brought to the screen. In an interview with ComicBook.com, he revealed:

“[If] we have a big board with a bunch of characters that have more immediate potential, Nova is on that board, Because of the connection to the Guardians universe, because there are more than one examples to pull from in the comics that are interesting. And you’re absolutely right, he was in the earliest drafts of the  [Guardians of the Galaxy].”

Nova would be an awesome hero to see on screen, and we have already seen the Nova Corps in the universe already in the first Guardians of the Galaxy, so it wouldn’t take a great deal of background to introduce. The biggest issue facing the characters debut however is that the universe and the characters have become so popular, that they simply don’t have space in the schedule.

“We’re figuring those things out. It is a very unique embarrassment of riches right now because there are so many of the characters that audiences are clamoring to see more. The question is how do we show them all?”

If they studio can’t find a space in their already impressive lineup for Nova, they could always add him to the Guardians of the Galaxy’s roster in the third film of the series, set to be released in 2020.

What do you think? Would you like to see Nova on the screen? Let us know below!

Continue Reading
You may also like...
Related Topics:Marvel, MCU, Nova