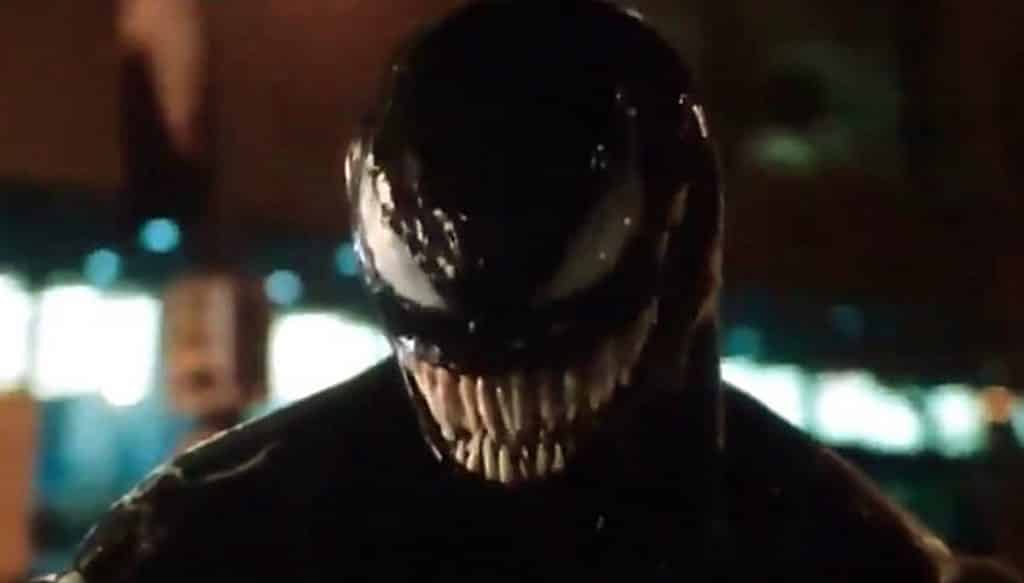 Earlier tonight, the first real look at the upcoming Venom movie was revealed, and we got our first glimpse at Tom Hardy‘s Venom. Now, the trailer for the film has leaked, and it definitely looks interesting. The thing that worries me, though, is that the trailer seems to line up with a report from last month that said there wouldn’t actually be much Venom in the film. We’ll have those details for you below, but check out the trailer first:

The movie looks pretty good, but as we said before, it could line up with what was initially reported (spoilers!):

The movie starts with Tom Hardy getting out of prison (Early Parole)
Goes to see his ex-wife
She has moved on and his daughter doesn’t recognize him
Hardy goes to the woods to get drunk and passes out
Space Debris (implied it is part of a classified meteor sampling probe) falls next to where he is passed out
From the wreckage the ‘alien’ (Symbiote) finds hardy and seeps into his skin healing a wound he had
Government comes to investigate fallen debris
A second symbiote attacks a random scientist, bonding with him and they capture a third symbiote
Hardy attempts to escape the woods without being seen but is captured by the government
The symbiote that attacked and bonded with the random scientist ends up killing scientist but never leaves body
They perform a bunch of tests on Hardy (MRI, stress, etc) and during one where they slice into him (after they isolate part of it) the symbiote manifests itself and kills the scientists
Hardy runs through the facility where the symbiote automatically dispatches scientists and guards
At the one point the symbiote forms an outer skin with dozens of extra arms which despatch an entire room of scientists all at once
Hardy escapes the facility by diving into a lake and ends upnin San Francisco
Hardy makes his way back to his wife but the government are waiting for him
Boring car chase where the sybiote protects hardy by forming a shield in front of him and knocking cars into the path of pursuing agents
Hardy is stopped by the main government guy who tells him if he wants to see his wife and child again he will come with them
Hardy goes back to the laboratory
The main government guy reveals they have the third symbiote sample locked up. Afters showing it to hardy his symbiote goes crazy and forms the ‘Venom’ costume
The locked up symbiote breaks free and attached to the main government guy and he and hardy fight each using their symbiote
During the fight Hardy sees his daughter and ex and the symbiote briefly separates
Hardy ends up beating government symbiote guy and he, his wife and daughter escape
As they leave it is revealed that the previously dead scientist (who the second symbiote had bonded with) is not actually dead and wakes up. Cut to black.
You only see the venom costume for about 2 minutes during the final fight
Most of the time it manifests as black veins around his arms/ neck or as large extra arms for moving stuff (sort of like in the anime elfen lied)
I only saw a previs rough cut so who knows what will be changed
Was pretty good despite lack of actual Venom

We’ll know for sure what the deal is when Venom hits theaters on October 5th.

What do you think of the new trailer? Are you excited for the movie? Be sure to tell us all of your thoughts in the comments!