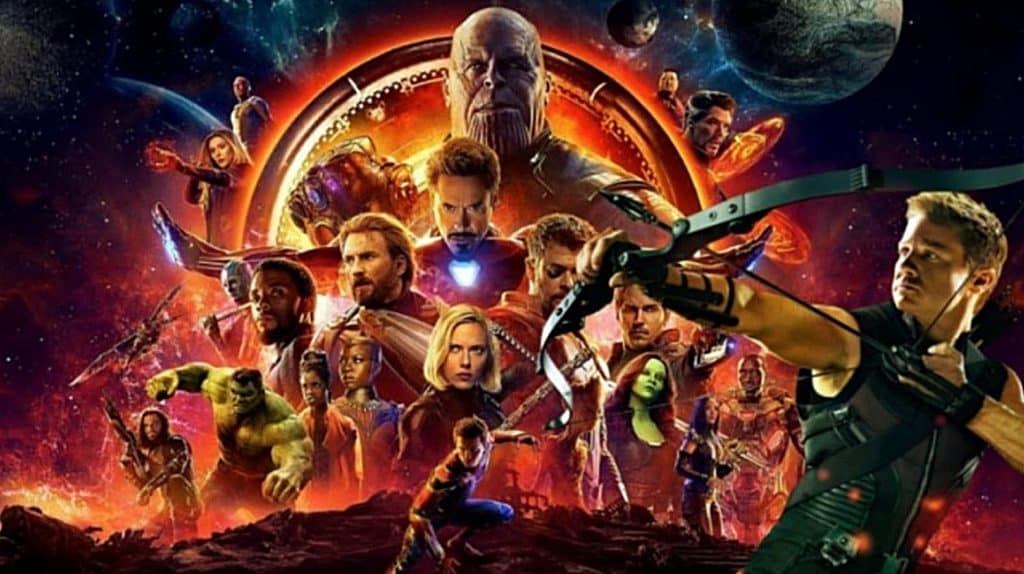 Time’s ticking with TV spots, trailers, merchandise and posters for the biggest comic film crossover in history and with only less than a week away until Avengers: Infinity War, we’re still waiting for the late runner, Jeremy Renner, as Hawkeye. Even with us focusing more on the film giants like Iron Man, Captain America and the like, the questionable absence of Hawkeye has been widely speculated with not even a mention of Renner on the poster. Kevin Feige is not oblivious to this information, and it certainly done with purpose.

Speaking to io9, Feige left them with a coy response:

“I think it’s one of the best things that ever happened to Hawkeye.”

He continued with a saucy jab at the fanbase’s lack of appreciation for the “guy with the bow and arrow”:

“We [at Marvel] love Hawkeye. There are big, big story things coming up for Hawkeye and Jeremy Renner is as strong an actor as anyone in the MCU and awesome as this character. But ‘The guy with the bow and arrow jokes’, right? There are a lot of ‘Guy with bow and arrow jokes.’ He even makes ‘Guy with a bow and arrow’ jokes in some of the movies. So I love that people go from ‘Oh, Hawkeye is just lucky to be there’ to ‘Oh where is he? He’s not there? Whats going to happen? We need Hawkeye. We want more Hawkeye.’ I love it. It’s the best.”

An interesting way to market the character indeed. Our rumor mill has gone from a major death to secret identity with the reasoning for Hawkeye’s absence in the media on Infinity War. Feige is very clearly aware of these sudden speculations getting the best of us and is relishing the moment over how much we love an underappreciated (and underpowered) Avenger.

The Russo Brothers just added to this a simple response:

“Audiences just need to be patient.”

And patient we’ll have to be for the next few days. Infinity War comes out this Friday.

Do you think we will see much Hawkeye in Avengers: Infinity War? Be sure to tell us all of your thoughts in the comments!