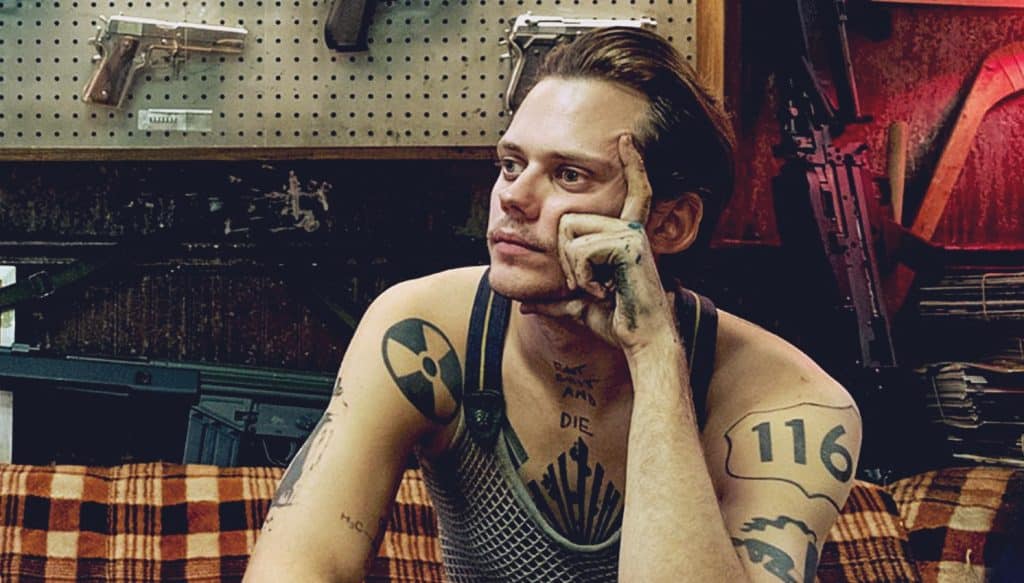 Bill Skarsgård is well known for being the evil clown Pennywise, from IT, and he will be reprising his role with IT: Chapter 2 but even with that on his plate, he still managed to slide into Deadpool 2. Hidden within the trailers, he was spotted but no character name was given, until now when it has been confirmed who he would play.

Deadpool 2 is a high-profile blockbuster ready to hit theatres on May 18th, but with that, they are still managing to surprise their fans with new information we didn’t even know we needed. Now that we have it, we are excited. Skarsgård has been confirmed in the role of Zeitgeist by the Mock Twitter Profile of Peter W., who is being played by Rob Delaney.

Zeitgeist (or also known as Axel Cluney) is a mutant who spews acidic vomit. He often wears a mouth guard, we do not seem to see one in the photo of Skarsgård. But we do see the wonderful quote along side with it that said:

Watch out for Zeitgeist’s acid breath! It’ll getchya if his kindness doesn’t kill you first! (Seriously. SUCH a nice guy) pic.twitter.com/GCeyHcKjKh

While this Twitter profile is very comical much like the man behind it, it is official that Zeitgeist is the character that Skarsgård will be playing and we couldn’t be happier. Catch Deadpool 2 next month and get ready for the updates on IT: Chapter 2 and its filming process.

Do you think this is the right man for the part? Who did you think he could have been playing? Be sure to let us know in the comments below!