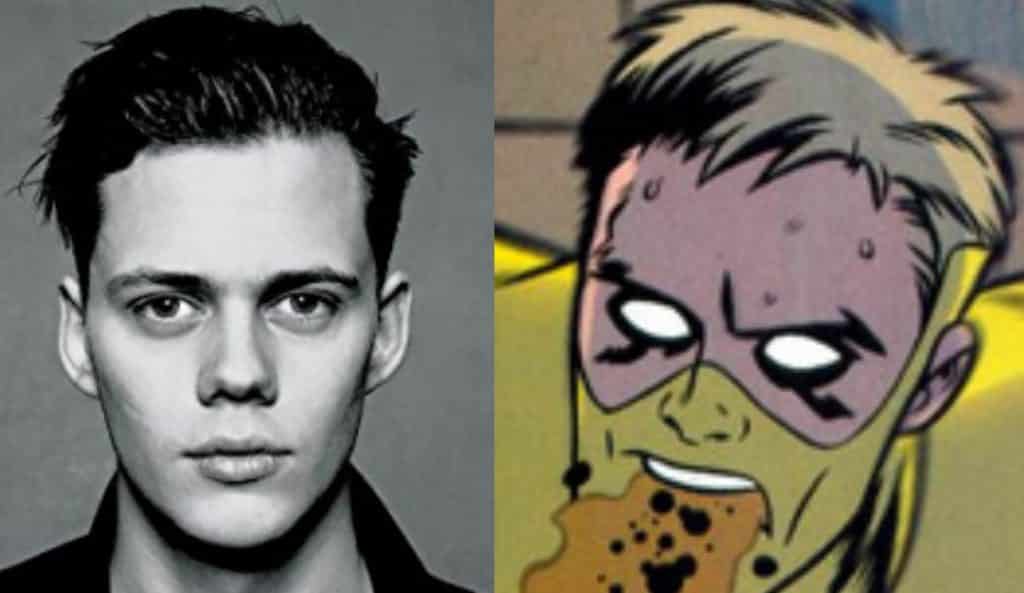 It had been rumored that Bill Skarsgård, who recently became very popular after playing Pennywise the Clown in last year’s IT movie, would be in the upcoming Deadpool 2 movie. Well, that’s now been officially confirmed – thanks to today’s trailer for the film. What wasn’t confirmed though, is who the actor is playing. We have a pretty good idea, though – and here’s every possibility for the actor: 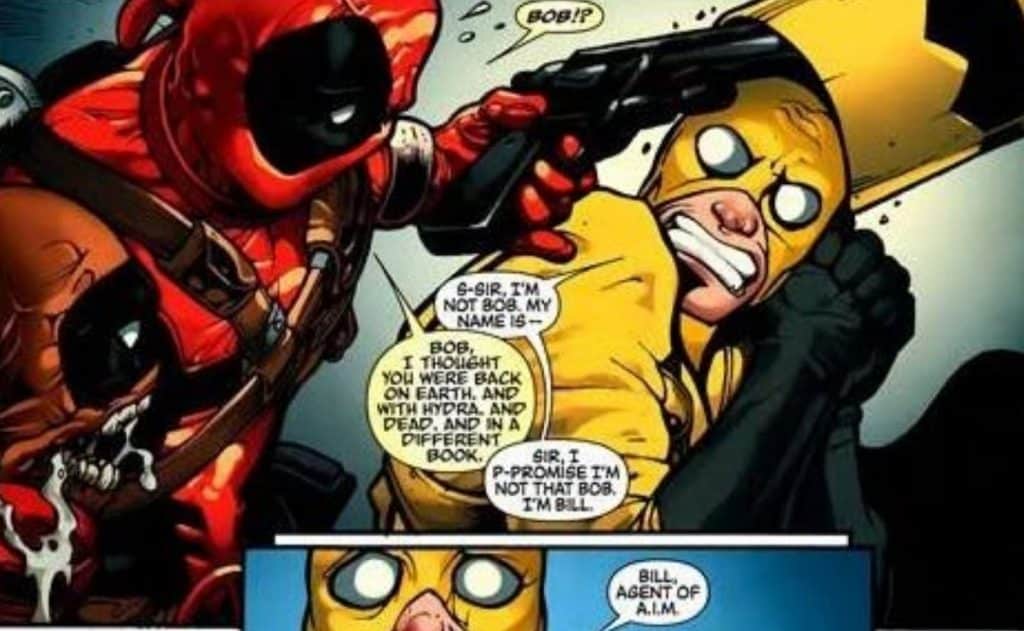 First up, the costume that Skarsgård is wearing in the one shot we see of him just screams “HENCHMAN” at us. A formless set of green overalls, with some additional equipment layered over the top, the character looks like he’d be right at home in the ranks of HYDRA. Which means he could be playing longtime Deadpool ally Bob: Agent Of HYDRA, right? Well, it’s possible, but then that character has already potentially appeared towards the end of the first movie, played by actor Rob Hayter.

There is however, an alternative role to be found if we persist with this theory, because Bob happens to have an opposite number over at AIM, quite fittingly called Bill (Agent Of AIM). Being as AIM agents traditionally wear face masks, and Skarsgård’s costume clearly comes equipped with some form of face gaurd, he could quite easily be playing the dysfunctional terrorist henchman. Plus, his name’s Bill. And Bob was played by an actor whose first name was Robert. See where we’re going with this? 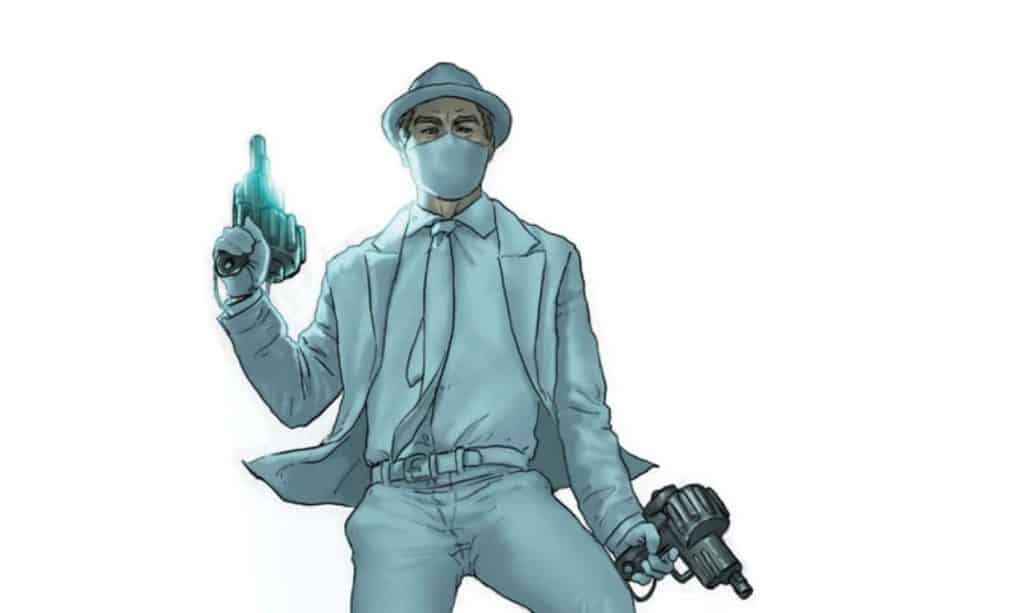 It’s the costume’s green face guard that leads us to our next possible character, James Bradley, otherwise known as Doctor Nemesis. A scientist with the ability or prolong his own lifespan, he’s had an interesting and varied life, creating the original Human Torch Android, and later becoming a member of the constantly evolving roll-call of serving X-Men.

In the wake of the events of M-Day, he also found himself playing an active role in Cable’s X-Force strike team, switching his traditional white fabric face mask for a more high-tech metal covering. The character also happened to be an X Force member at the same time as fellow mutant warrior Bedlam, which we already know is the character being played in Deadpool 2 by Terry Crews. Coincidence? We think not…. 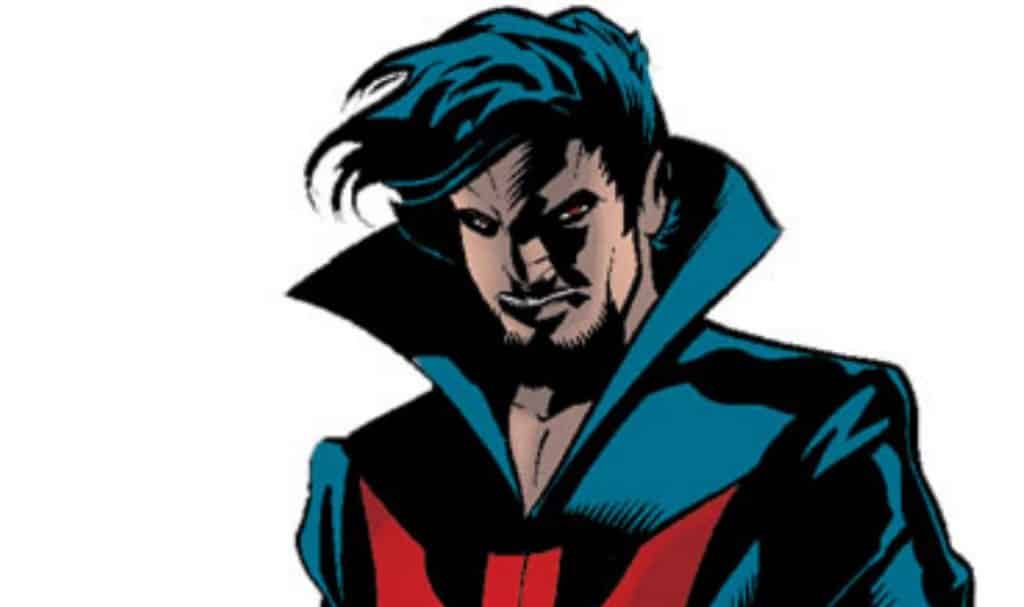 Even if you discount the ‘henchman costume’ line of enquiry, the character that Skarsgård is playing clearly looks to have come from the wrong side of the tracks, which leads us to wonder if it might be someone who may ultimately go on to become a regular sparring partner for Wade Wilson in future movies. And the character that best fits the bill for that is maniacal mutant, Black Tom Cassidy.

A cousin of X-Men member Banshee, Black Tom found he had the ability to manipulate basic elements, as well as fire energy blasts through crude weapons he had fashioned using these powers. After losing out repeatedly in his many confrontations with Deadpool, he eventually allied himself with Juggernaut, a move which didn’t really help him much in the long run. 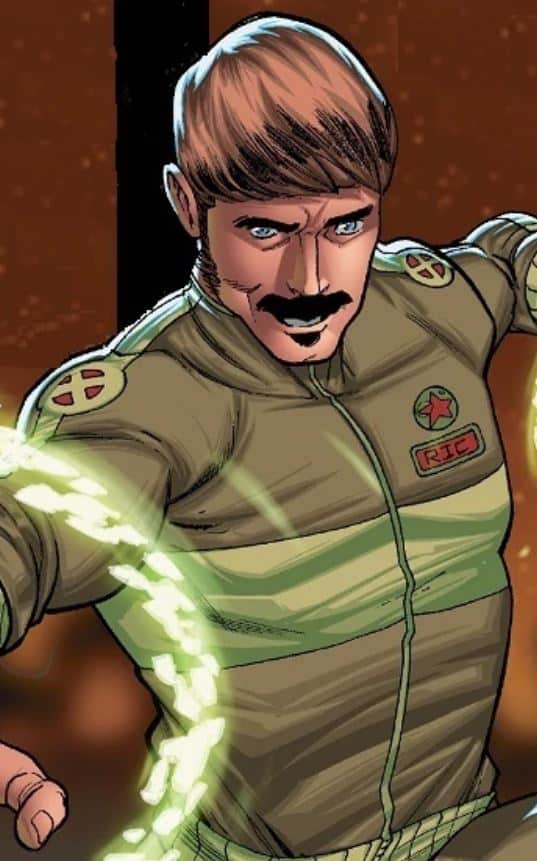 But, anyway, let’s move away for now from the villains, and see if there are any other historic heroic members of X-Force who might fit the bill. Well, once you filter some of the whackier and more outlandish characters out of the frame, you are left with a couple of potentially viable runners and riders, the most obvious of which is Julio Richter, AKA: Rictor.

In addition to being the correct gender, build and age to play the young mutant, Skarsgård’s costume also again supports this possibility. Traditionally, the majority of the uniforms worn by Rictor were largely made of green material, and he also had a tendency to wear straps or gauntlets on his earthquake generating forearms. 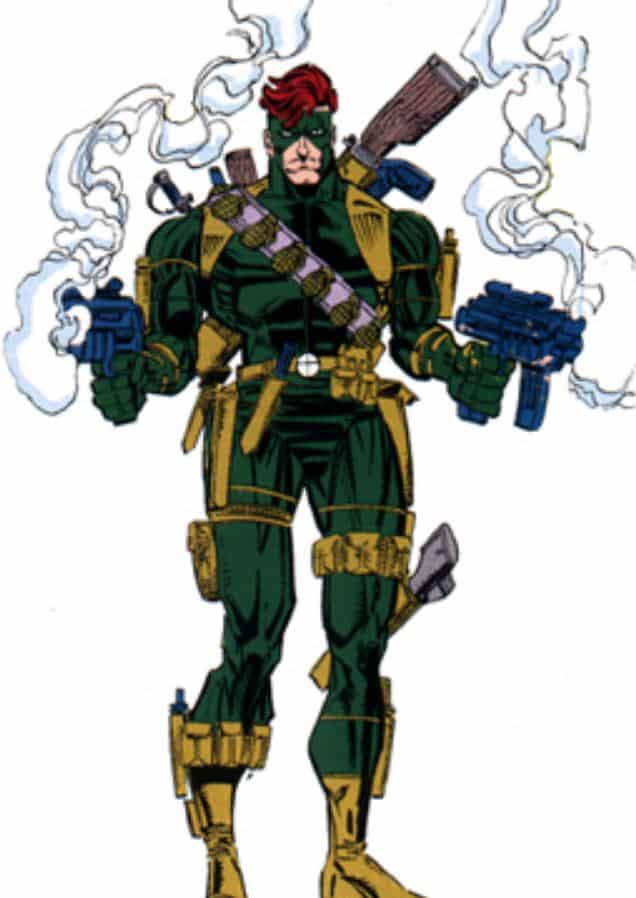 Our favourite guess at the role Skarsgård is playing is that of mutant mercenary James Bourne, AKA: Solo. Again, it’s the dark green colour of the overalls, and the presence of a face mask that pushes us in that particular direction. Much like the 616 version of Deadpool, Solo also happens to possess a limited ability to teleport short distances, and so it’s entirely possible that the character has been bought on board either to compensate for the movie version of Deadpool lacking that ability, or because he’ll end up losing his powers/tech to Wade Wilson in the long run.

Having lost the love of his life, Punisher-style in a terror attack, the former soldier plied his trade with a number of heroic teams, including Six Pack and Omega Strike. His most recent appearances in the Marvel comics have seen him joining Deadpool’s ‘Mercs For Money’, which just reinforces our belief that Skarsgård could realistically be playing the vengeful and violent assassin. 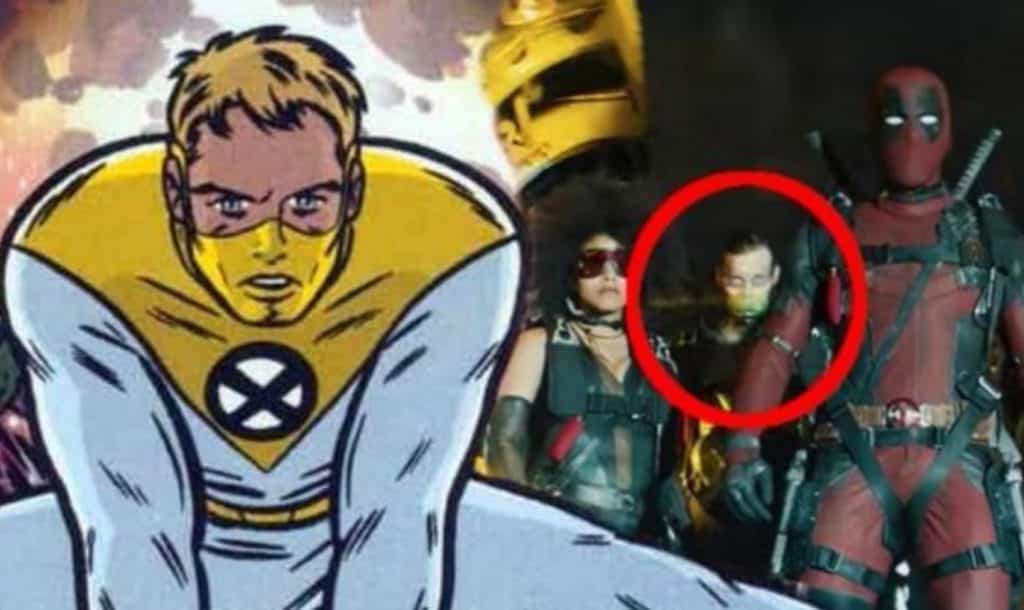 By far and away the most likely option on our list is that of Alex Cluney, an X Force team member who went by the codename of Zeitgeist. His career was short, but eventful, and his mutant power is perfectly in keeping with the overall feel and tone of the original Deadpool movie. You know why? Because basically he vomits acidic puke. That kills people. That’s why….

A wretched figure, Cluney never really recovered from accidentally burning off the face of the first girl her ever kissed. Skarsgård is certainly as gaunt and haunted to look at as you would expect, and the look of his costume would easily fit with his powers. This includes the protective overalls for his skin, and a mouth covering to prevent any unwanted or accidental leakage. This is where the smart money is. It’s where our money is. And it’s gonna be totally mental to watch…

Who do you think the actor could be playing? Be sure to tell us your thoughts in the comments!