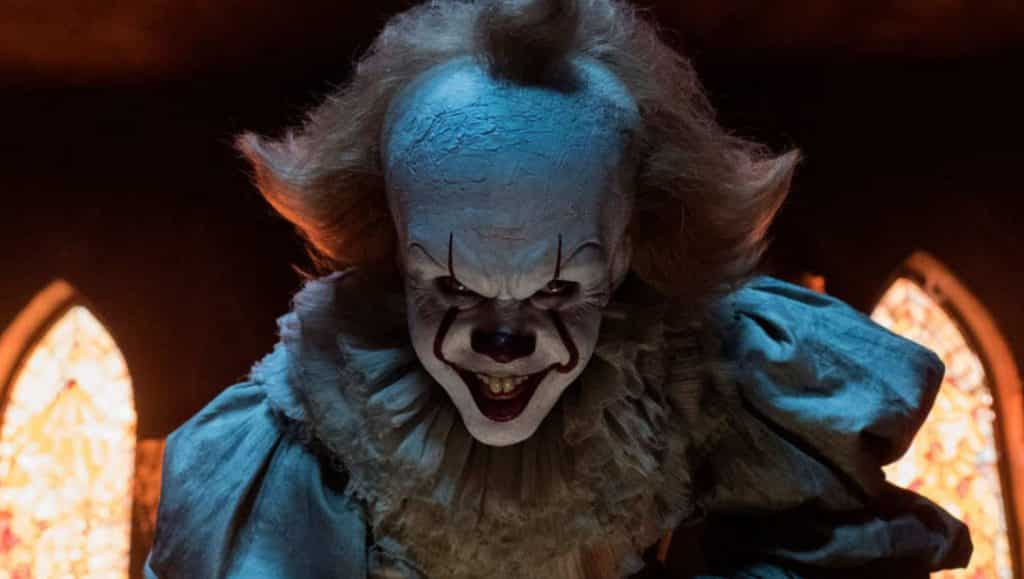 Bill Skarsgård quickly became one of the most popular actors out there in 2017, for his portrayal of Pennywise the Clown in this year’s IT movie. What many might not know, however, is that the roll actually haunted the actor’s dreams, long after he was done playing it.

In a recent interview with EW, the actor went into pretty great detail about the experiences he had:

“I liken every character that I do to a relationship that you’re in. Pennywise and Bill go into this sort of relationship together, and I’m trying to figure out who he is and I have to devote so much time and effort to this other person – or thing, in this case – and that goes on for months.”

He compared it to an abusive relationship:

“It’s just like being in a very destructive relationship. People don’t really realize it until they’re out of it. All your friends go, ‘You need to dump this piece of sh—, he or she is destroying your life.’ And then once you’re out of it, you see, ‘I was so miserable.’ But I wouldn’t say I was miserable doing Pennywise because I had a lot of fun with it as well.”

He then spoke about how the character would pop up in his dreams:

“After we wrapped, I was in my childhood home in Sweden, sitting having coffee with my mom at our kitchen table, and realized, ‘Oh, holy sh—, I don’t have to deal with this relationship anymore!’ It was a very quick shift of just feeling better, like, ‘Oh my God, I’m relieved that I don’t have to deal with the darkness of the character.’ I likened it to an exorcism – him exiting my body and getting rid of the Pennywise toxins.”

“I was home, done with the movie, and I started having very strange and vivid Pennywise dreams. Every night, he came and visited.”

Pennywise even took on different forms:

“It was in the shape of either me dealing with him, sort of Pennywise as a separate entity of me, and then also me as Pennywise in circumstances that I didn’t appreciate. Like, I’m Pennywise and I’m really upset that I’m out in public and people are looking at me.”

“This was a process of letting go of the monster. It was amazing. It’s a daunting but exciting thing to sort of revisit him again.”

He’ll get a chance to re-visit the character pretty soon when IT: Chapter 2 begins filming, and he’s already discussed what he hopes to see in the next film – and it involves more of Pennywise’s backstory:

“And, you know, it’s hardly answered in the novel, either,” he said. “I mean, it’s very abstract. And I kind of like that. It could be almost a sort of [serialized] sort of psychedelic trip if you go into the mind of Pennywise. And if you’ve read the novel you know that they do actually go into his mind. Or they go into this transdimensional place, and they sort of beat him in this place. Which might be interesting, what that place would be, and what would it look like. There’s opportunities, I think, and I’m excited for it.”

If he was haunted by playing the character in the first film, he’ll most definitely be in the second film.

IT: Chapter 2 is currently scheduled for release on September 6th, 2019, while IT is now available on Blu-Ray and digital download. A Director’s Cut is also slated to be released some time this year.

What did you think of IT? Were you a fan of Bill Skarsgård’s performance? Be sure to tell us your thoughts in the comments!