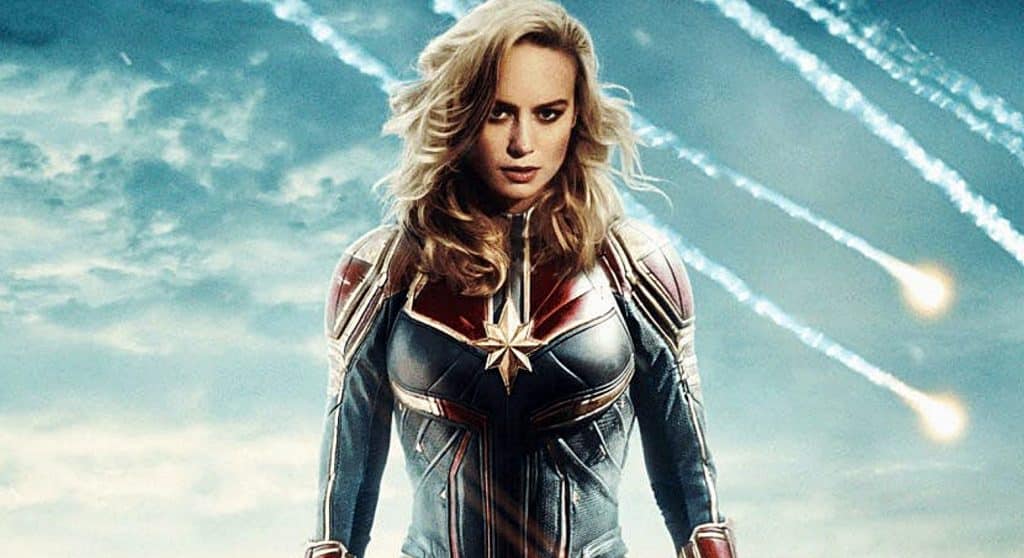 Captain Marvel is in the making but with Avengers: Infinity War, taking over the internet these last few months, it seems those behind the film haven’t wanted to share too much. However, set photos have been released time and time again, none showing the yellow and red suit, but in the most recent ones, we get to see the green suit in action.

The set photos show Brie Larson running down the sidewalk, clearly headed somewhere fast, and ready for whatever action is headed her way. It is the prototype suit that is given to her by the Kree, and it looks bad-ass. With ‘Infinity War’ now in theaters and Deadpool 2 releasing next month, it is only a matter of time before we get to see Larson’s character dawn the red and yellow.

Throw these photos side by side to the 90’s outfits she has been sporting and it looks like were in for one heck of a movie.

Captain Marvel stars Brie Larson as Carol Danvers, and will also have Lashana Lynch with a still unnamed role. Nick Fury will also be present and the timing will bring him to before he lost his eye.

What do you think of the set photos so far?  Are you excited for the trademark suit? Be sure to let us know all of your thoughts in the comment section down below!