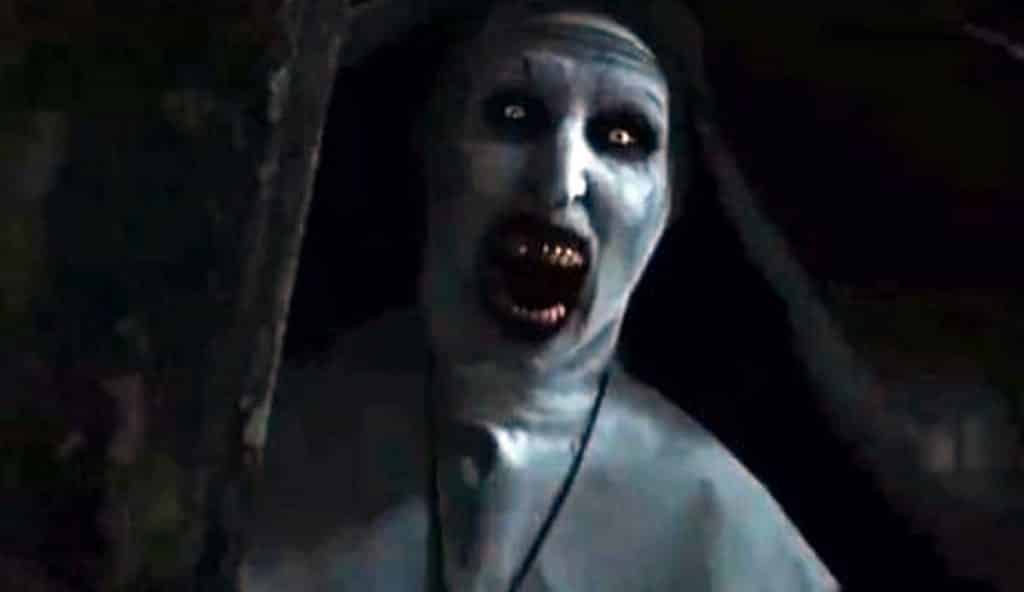 The Conjuring franchise is one that’s relatively new and continues to grow with each passing year. While there’s only four films to the series so far, there are plenty more in production – with The Nun set to premiere this year. While there’s yet to be any official trailers released, a small bit of footage was shown at CinemaCon – with terrifying results.

Producer James Wan alongside Director Corin Hardy presented the footage and explained a bit about the film’s production backstory. While the movie is still a large part of the overall Conjuring experience, the influences are a bit older and range all the way to classic Italian horror cinema.

James Wan said The Nun is being made in the style of a classic Italian horror movie and the glimpses we got from the footage seemed to support this. Heavy on atmosphere and production design. No matter what it's going to look like a million bucks.

It’s definitely interesting that the film should take an Italian influence, as that’s something which seems forgotten in today’s Hollywood industry. The Italian era of horror movie helped produce some of the most memorable classics we have today, and seeing a newer movie take note of them is nothing short of exciting.

Especially now that we just heard about Annabelle 3 being put into production. I think we can all use something a little more gothic and well-executed than a generic porcelain doll jumping out every now and again. After all, how long can that really keep us intrigued with the Conjuring universe? If you’re going to develop the lore, then give us a reason worthwhile to.

And according to quite a few attendees, this film does have a reason. They all insist that the unveiled footage is rather horrifying.

The latest Conjuring Universe film, THE NUN, looks scary as balls. Should be a solid addition.

For me, the Warners #CInemaCon presentation answered one big question: A STAR IS BORN looked terrific. Goosebumps. Also looking forward to “Aquaman,” “The Nun,” “The Meg.” (On the other hand, the less said about “Mowgli” and “Tag” the better.)

James Wan teases The Conjuring spin-off The Nun as “resembling a classic Italian horror film.” And like IT it has a creepy basement water lunge in the teaser screened at #CinemaCon.

The Nun hits theaters on September 7, 2018, and hopefully it’ll be a breath of fresh air compared to stale dolls and generic possessions.

Are you excited for The Nun? How do you feel about seeing Italian horror used as an influence? Let us know your thoughts in the comments section down below!