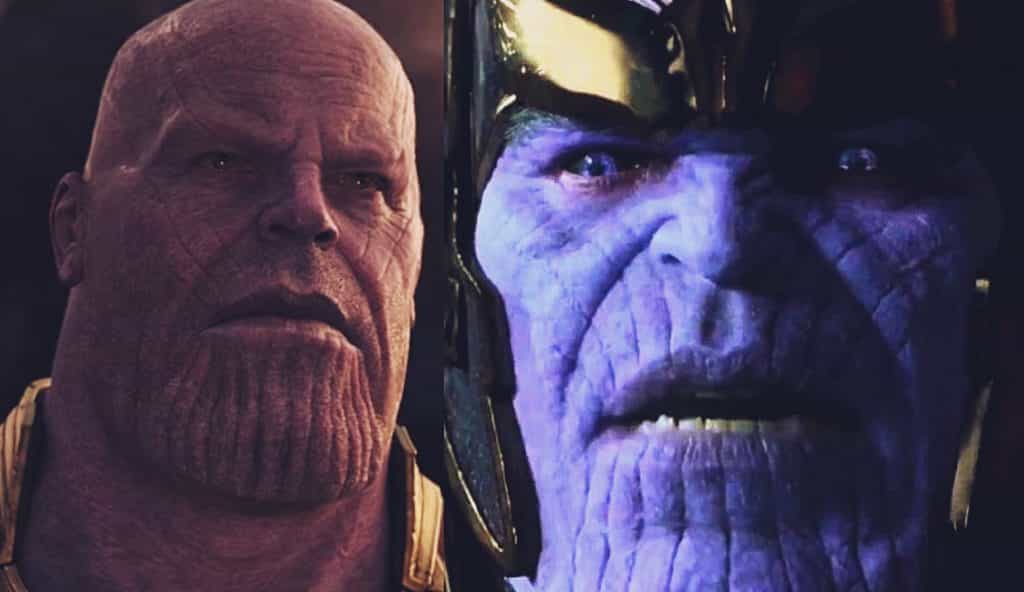 Thanos has undergone some changes since we first saw him on screen in the post-credit scene of 2012’s The Avengers. There are a few reasons why.

Back then, the Mad Titan was a different color. His skin was a reddish-purple instead of the pale, almost pink color we saw in Avengers: Infinity War. He also had a purple and gold helmet, and body armor, which made him look royal. Even his eye color is different. It seems the only thing they kept was his outlandishly huge chin.

Though studios tend to make their CGI characters resemble the voice actor playing the role, in this case, Josh Brolin, a lot of fans aren’t too pleased with these changes.

“Those sequences in Guardians is where we see him most clearly in the previous MCU films. It was a wonderful freedom to not have to match that exactly. I think it’s one thing to have a Thanos who in those scenes was definitely more stylized, holed up for those short beats that he was in those films. But when he had to be the lead character and hold film and appear in hundreds and hundreds of shots, it was great to have the latitude to refine his look, to make his facial appearance more natural, so he’s definitely more detailed and has a more natural shape to his face, to his lips, to his brow, his nose, and all those details we’re talking about in terms of the blemishes and the pores and the stubble. If we’d been confined to those earlier iterations, it would have been too much of a limitation, I think, so that was never an issue. Right from the start, Marvel recognized the need to go to the next version of Thanos, and we were never asked to match that earlier version at all.”

Though the MCU never asked Aitken to keep Thanos similar to that older version, he did think it was really important to keep the chin and purple skin so he was at least somewhat recognizable.

Marvel fans might not be too happy about how Thanos looks—and even less happy about what he did to their favorite superheroes—but he will return for Avengers 4. Until then, we can catch Marvel’s Ant-Man and The Wasp and Captain Marvel, which will most likely show more of the effects of Thanos.

What do you think of Thanos’ new look? Be sure to tell us your thoughts in the comments down below!