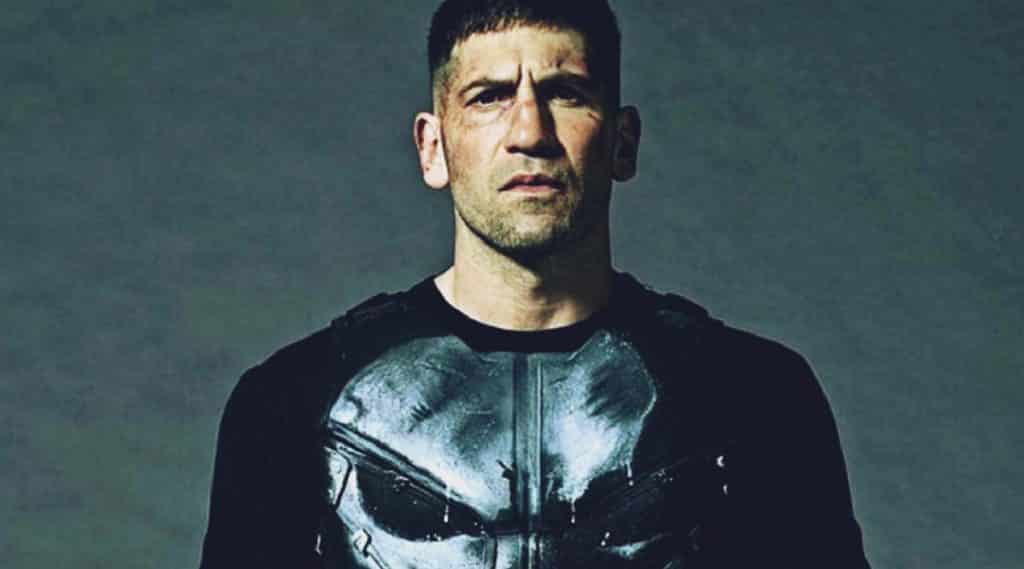 When we last saw Jon Bernthal’s version of Marvel’s most iconic vigilante, he’d succeeded in killing (or in some cases, brutally maiming) everybody he’d managed to connect to the deaths of his family. The final few scenes of Season One of The Punisher showed Frank reconnecting with War buddy Curtis Hoyle (Jason R. Moore) and sitting down to try and deal with his demons in group therapy. Well, if the new set photos that have just leaked from the filming of season 2 are anything to go by, that attempt to put his violent past behind him will last all of five minutes…

The show is currently filming at various locations in and around New York, and about 20 photos appeared online this week showing Bernthal tricked out in bloodstained Punisher armour, against an armed gang of mask-wearing goons. As Frank ducks in and out from behind parked vehicles to take aim at his opponents, it would seem they are being led by Josh Stewart’s mysterious John Pilgrim, who has removed his mask to face down the former soldier.

Believed to be based on the infamous Suicide Run storyline, it had previously been reported that a significant portion of this series was being shot in rural locations, as the plot would see a wounded Frank leaving New York to recover, having been injured taking out a host of crime bosses. These shots though seem to be taking place in the vicinity of Hoyle’s therapy group, with Bernthal and Moore shown relaxing during a break.

We also get our first look at Floriana Lima, playing a therapist named Krista Dumont, who will somehow become involved with Frank during the course of the second series. Along with other set photos that showed Giorgio Whigham playing Street kid Amy Bendix, this means we’ve now seen most of the new cast, with the exception of the recently announced bad guys Corbin Bernsen and Annette O’Toole.

The plot synopsis for Season Two is as follows:

Season Two of The Punisher is expected to arrive on Netflix at some point in 2019.