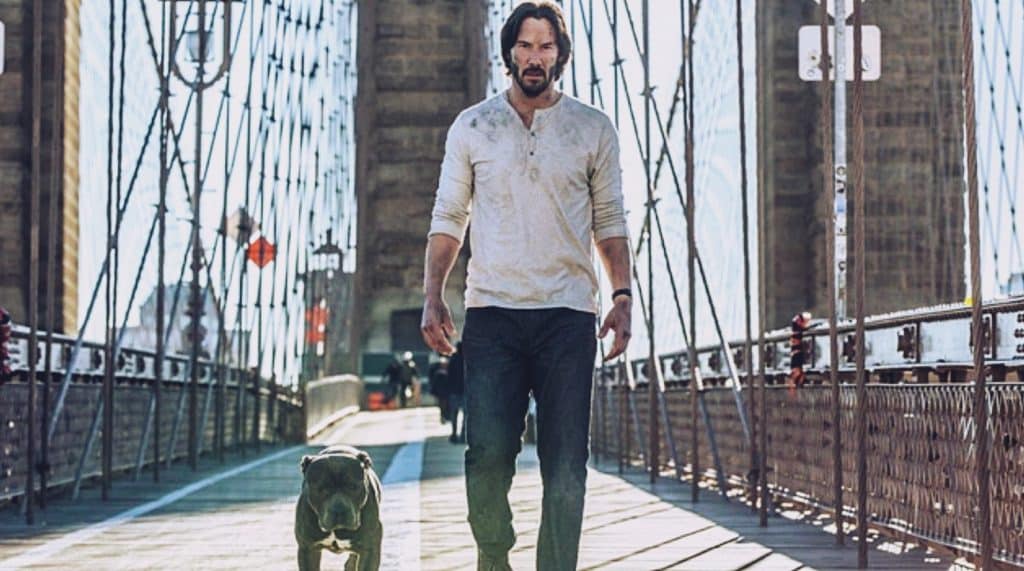 The stakes keep getting higher for John Wick. What originally started as an assassin back in the game to avenge his late wife’s dead dog has lead to an all-out manhunt for Keanu Reeves‘s character by the end of the second film. One thing to brighten up his motives and day: his new dog is back!

John Wick 3 set photos have surfaced, one detailing Reeves with blood and sporting a usual classy tux, strolling with the dog. Hollywood Pipeline did a solid and offered a photo exclusive of the canine companion alongside the troubled assassin. You can check out the photo below:

Thanks! thehollywoodpipeline🎥 #BTS The ‘John Wick 3’ set was poppin’ yesterday – the dog made an appearance, Halle Berry arrived and Keanu did his thing || Massive photo gallery on site https://t.co/HmfgaPUJyB pic.twitter.com/V8T0TyW3RU

Originally introduced in the conclusion of the first film, the Pitbull has since been the new companion of Reeves, adding some light to the lost soul of the Boogeyman. It’s nice to know despite the kill count and the allies he has lost, Wick still has something to hold onto during the bad times.

You can catch the conclusion to the John Wick trilogy May 16th, 2019.

Are you looking forward to John Wick 3? Are you a fan of the other films? Be sure to tell us all of your thoughts in the comments section down below!