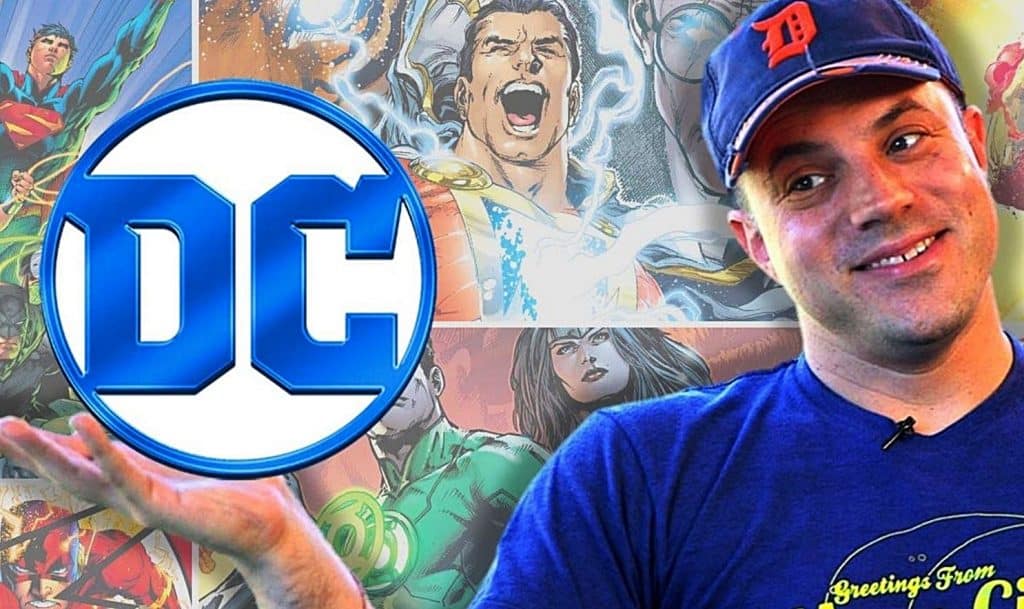 Some major changes have been occurring over at DC Comics‘ Entertainment division today as Geoff Johns, the President and Chief Creative Officer of DC Entertainment, has stepped down from his executive roles. While Johns’ departure from DC’s executive board will be effective immediately, he won’t be leaving DC Entertainment entirely.

According to The Hollywood Reporter, who were the first to break the story, Johns has landed a new exclusive writer-producer deal with DC Comics and Warner Brothers. In the new deal, Johns has signed on to exclusively produce material for DC Entertainment’s film, television and comic books. Under the banner Mad Ghost, Johns will produce new projects as well as continue projects that were already underway when Johns’ was CCO.

Johns recently released a statement regarding his departure from DC Entertainment’s board:

“I took on a role at DCE because I love the characters and this universe more than anything. But, I want to spend my days writing and on set. I’m thrilled to get back to a more hands-on creative role. It’s a dream job on dream projects, reaching even deeper into DC’s vast pantheon of characters.”

Along with the news of Johns’ new deal, details of some of his upcoming projects have been released as well. Johns’ will be the screenwriter and the producer of the film Green Lantern Corps. Having previously worked on Green lantern: Rebirth back in 2005, Johns’ has had experience contributing to the Green Lantern narrative in the past. For television, Johns’ will be producing the new Titans series for the DC Universe streaming service, as well as writing his own episode entitled, “Doom Patrol.” Johns’ also has some projects for DC Comics coming up, including a monthly Shazam series, and a new series entitled The Killing Zone.

With Geoff Johns departure, it was announced that Jim Lee, a DC Entertainment Publisher, will be taking over for Johns as DC Entertainment’s new Chief Creative Officer, while maintaining his role as DC’s co-publisher. Lee united with DC Comics back in 1998 after they bought his own independent comic book company, WildStorm. There is no word yet of who will be taking over Johns’ other executive roles as DC Entertainment’s President and co-head of DC Films. Check back here for more updates as the story develops!