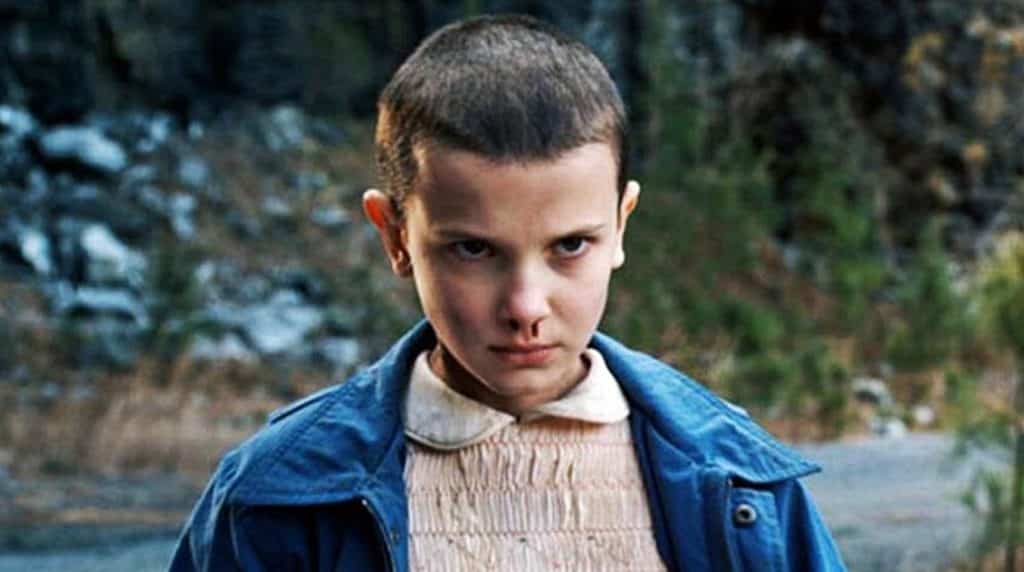 Millie Bobby Brown, a popular actress on Stranger Things – who I sadly must point out is still just a young teenager, has been bullied off of social media. That’s right, in today’s society, not even children are off limits for internet trolls. It all started with some very stupid memes, that turned hateful, and the actress clearly wanted no part of it.

Here’s an example of what transpired:

omg this is the origin of the millie bobby brown being racist/homophobic meme. this is a classic pic.twitter.com/FW7OWVnJI7

So, this started with a fake tweet with no substance (that was apparently considered a joke), and the internet took it and ran with it as factual:

wtf i was just checking my snapchats and i got this one from millie bobby brown i’m literally shaking idk what to do….. pic.twitter.com/aw1vQf502f

me saving every homophobic millie bobby brown meme that comes on to my tl pic.twitter.com/oQD2AwLqPJ

MILLIE BOBBY BROWN IS NOT HOMOPHOBIC! ALL OF THOSE PHOTOS WERE MEMES MADE BY SOMEBODY. AND BESIDES, WHY WOULD MILLIE SAY SUCH A THING TO END HER CAREER?

I’m gonna lose followers for saying that pretending Millie Bobby Brown is a violent homophobe for the laughs is fucked up. That’s the story, kids🤷🏻‍♂️

Oomf started the Millie Bobby Brown inside jokes on Troll Twitter and it became mainstream across the site because of the locals… they really are a plague with no sense of humor and are to blame for her deactivation. Locals ruin everything…

A gay after watching Millie Bobby Brown drive past him: pic.twitter.com/3LWBYtQF2f

i know it’s morally questionable but the millie bobby brown being homophobic memes are so funny.. i highkey hate myself for loving it dkjfjsadjjsa

today, i went to target. i am blind and gay. i was walking around with my pride shirt when millie bobby brown came up to me. she said “kill all fags and spit in my mouth” and broke both of my legs. i am now unable to walk ever again.#TakeDownMillieBobbyBrown

Millie bobby Brown when a gay fan asks to take a picture with her pic.twitter.com/eEVz8KjIU5

why are the straights joining in on the homophobic millie bobby brown meme this is a gays only event go home pic.twitter.com/jMOBbGXzLb

i think y’all aren’t getting the point of the millie bobby brown meme?

and the entire idea and meme of mbb being homophobic originated from this iconic stan twitter moment.

just gotta put this out there, if you find those violently homophobic millie bobby brown memes funny please unfollow me immediately and if you’re feeling fancy let me know so i can block you. thanks.

Y’all still doing racist/homophobic Millie Bobby Brown memes? You grown ass adults bullied her (A CHILD) off the internet…. Stop it already.
When someone commits suicide you fucks are the first to post PSAs about harassment and bullying. But You do it for a meme?

She needs to grow a thicker skin, then come back. Twitter is clearly not for her. She will be fine. It’s not the end of the world.

I’m sorry but it’s just I find those memes somewhat amusing. I’m bi so you can’t go around calling me homophobic jsjs

all of y’all who deadass bullied millie bobby brown so much that she had to deactivate her twitter are disgusting, she is a CHILD ??? whats it like being an adult who bullies a fourteen year old girl?? jesus.

and don’t come at me saying that “it’s just a joke!!! its all for the memes!!! snajLOL” GAY SLURS ARENT FUNNY. HOMOPHOBIA ISNT FUNNY. AND THE FACT THAT YOU APPLIED THAT DISGUSTING HUMOR TO A C H I L D IS SO MUCH MORE GROSS.

if you joined in on bullying this 14 year old girl, i hope you are So proud of your Hilarious joke. you should be so fucking ashamed of yourself.

Millie Bobby Brown shares a quote from @taylorswift13 via her Instagram story pic.twitter.com/DYUn4FM3hB

#StrangerThings star Millie Bobby Brown deactivated her Twitter account over a meme that depicted her as homophobic in various photoshopped screenshots with homophobic, racist and body-shaming captions.

In reality, Bobby is an antibullying advocate and an LGBT+ rights supporter. pic.twitter.com/gApI1T7A4Q

So there you have it. Some feel that it’s okay to make a 14 year old kid feel bad enough to deactivate their Twitter account. If you feel that way, be sure to open up a Twitter account soon, as bullying kids and others to the point of actually killing themselves seems to be the norm on there.

A representative for Millie Bobby Brown has yet to comment.