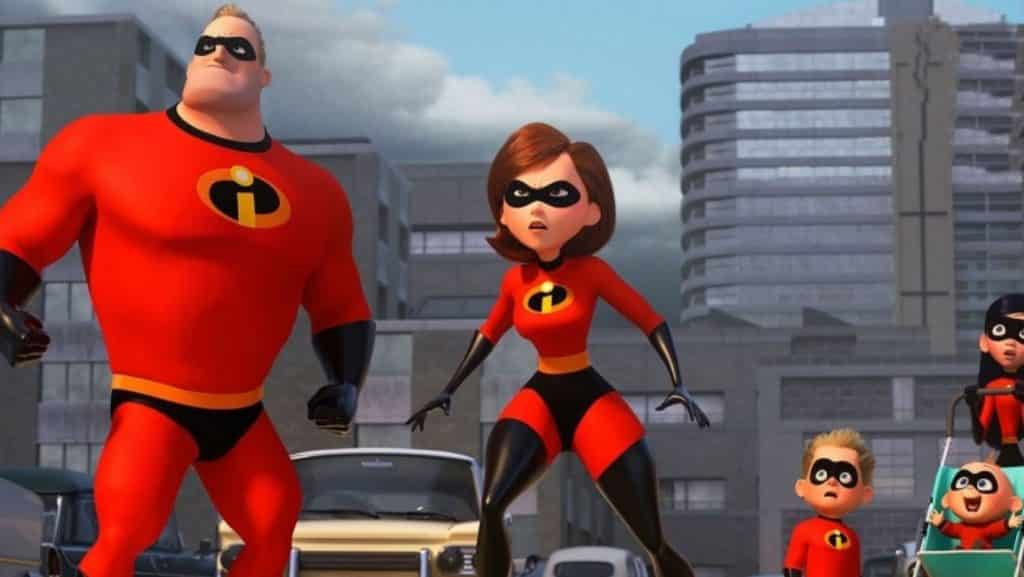 The Incredibles came out in 2004 when superhero films were always hyped to be amazing but faltered when released. Sam Rami’s 2002 Spider-Man and 2004’s Spider-Man 2 were the exception. Some misguided people would argue that the first two X-Men films were also exceptions. The reason 2004’s The Incredibles was so successful was that it took the family dynamic and made it into the Fantastic Four film we never got. So, it’s understandable that adults would melt into superhero fan boys or girls after fourteen years of anticipations for a sequel. That level of anticipation for The Incredibles 2 has been around longer than my daughter—Jesus.

The chemistry between the actors are still there after all this time. Everyone fits into their roles like the super suits their CGI counterparts wear, so don’t worry about that.

Brad Bird takes the plot from the first film and flips it. He takes a modern look at the family dynamic and brings in the idea of Elastigirl being the breadwinner in the family. That plot granted Mr. Incredible to turn into Mr. Mom and face his toughest challenge yet—a stay at home dad. These two plot points surprisingly allowed the actors to show more range in their characters that gave it a more realistic feel. Violet’s teenage angst reminded me of situations I had witnessed growing up and now dread the idea of my daughter getting to that age. Pray for me. 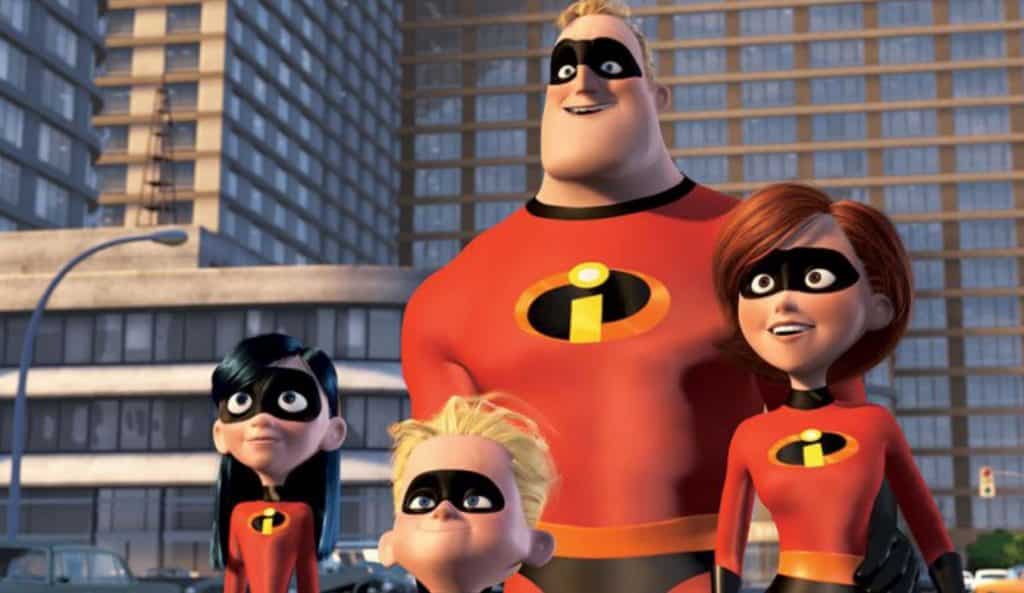 One of the great topics brought up in the movie is what it really means to be a “Superhero”.  In the first Incredibles, superheroes were idolized, but this time around, Brad Bird vilifies that idea. Don’t worry, he doesn’t make the heroes do something awful or out of character. He gives Screenslayer a valid purpose and reason behind his mission that begs the question of whether superheroes are actually good for the people they are protecting. This little twist in the story will make you sympathize with the villain more than expected.

Brad Bird did a much-improved job in the action department. He outdid himself by crafting the set pieces in an entertaining and gratifying way that made the scenes play out smoother. The action scenes were directed less frantically and made the superhero powers more visible and satisfying to watch. A great scene comes to mind that involves Elastigirl, her motorcycle, and a run-away train. Bird takes her superpower and gives the character cool and inventive ways to work in conjunction with her bike. He takes an ordinary scene between Screenslayer and Elastigirl and does this weird but amusing effect with black and white colors that almost transformed the filming technique into stop-motion animation.

The MVS (Most Valuable Scene) involves Jack-Jack and a racoon. Jack-Jack’s multiple powers are conveyed in hilarious way as he gets a little righteous while battling a raccoon. I couldn’t stop laughing when the raccoon showed a fearful expression as it realized the amount of trouble he was in while battling an overpowered baby.

Sequels to films that have been long overdue don’t normally come out this well. Brad Bird has taken The Incredibles home, building on and enhancing the idea. He has introduced more superheroes into this world that will undoubtedly allow enthusiasm for further sequels. I just hope it doesn’t’ take another fourteen years for him to do so.

Continue Reading
You may also like...
Related Topics:Brad Bird, Disney, Pixar, The Incredibles 2