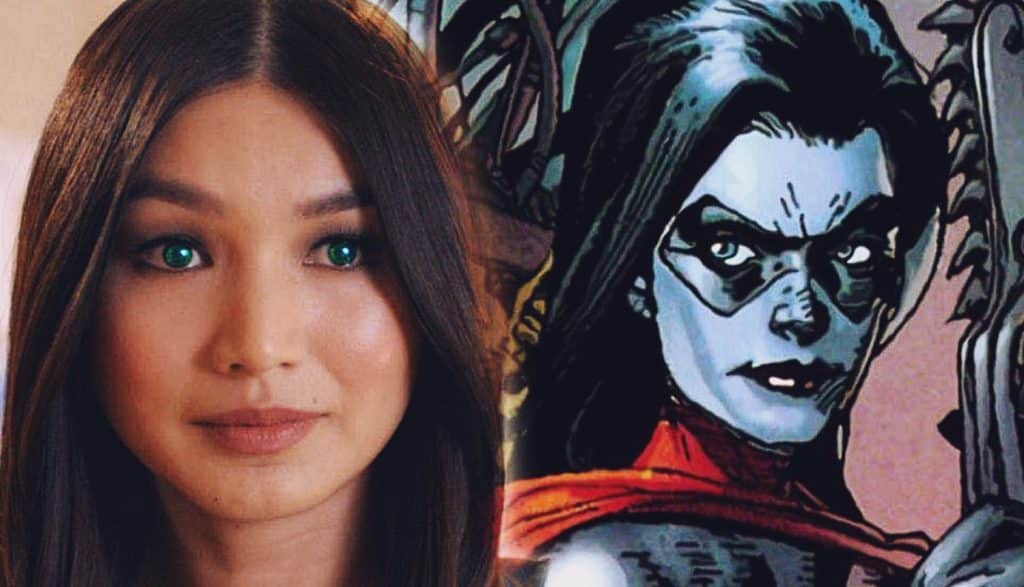 Captain Marvel has finally wrapped principal photography and is heading to what is surely an extensive post-production process before it is finally released in early 2019. While most of the information on the film has been kept under wraps and little is known about the characters other than what we know from the comics, Gemma Chan has shared a production wrap up picture of her character, Doctor Minerva.

While the picture doesn’t show much (her costume is hidden under her hoodie), Chan is sporting a distinctive haircut (similar to the Carol Danvers comic look). This coy tease from the film is actually quite brilliant, as it really reveals NOTHING, but it wets our palettes so much more for this film.

It is assumed that Gemma’s character will be the primary villain in this film. For those unaware, Dr. Minerva (whose Kree name is Minn-Erva), seeks out Mar-Vell (who will be played by Jude Law in the film) for his distinct Kree DNA signature in the hopes of reproducing with him to continue on the Kree line. She develops powers similar to Captain Marvel and becomes one of the characters main antagonists.

While we are going to have to wait some time for even a trailer for the film, fans are truly excited for this addition to the Marvel Cinematic Universe. Captain Marvel has been slated as the most powerful hero in the MCU, and will definitely create quite an impact after her premiere.

What do you think of this image? Are you looking forward to the movie? Be sure to tell us all of your thoughts in the comments down below!