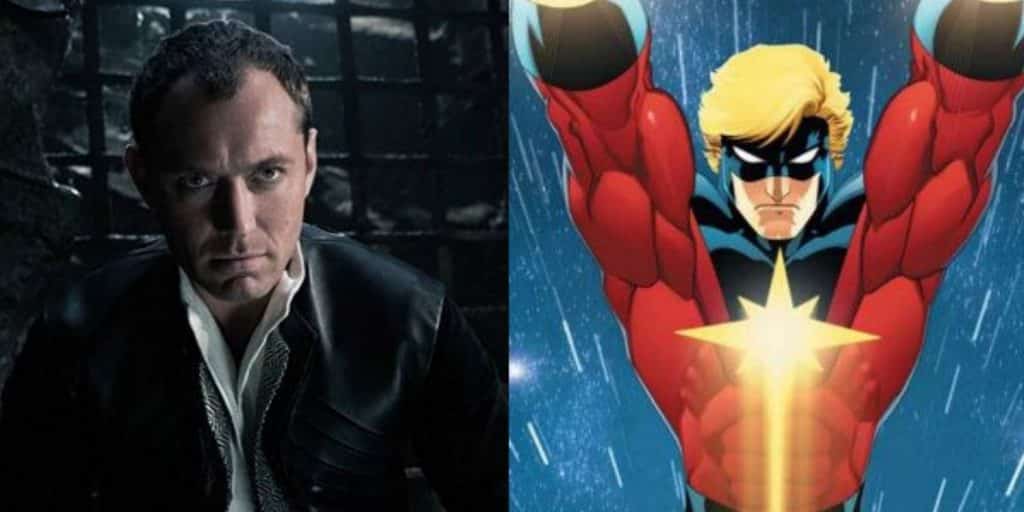 There have been quite a number of heroes who have held the title of Captain Marvel and it seems more than one of these will grace our screens when Captain Marvel hits theaters in 2019. Variety reports that Jude Law has been cast as Dr. Walter Lawson, a.k.a. Mar-Vell, Marvel’s original Captain Marvel.

The flick, set to be directed by Anna Boden and Ryan Fleck with screenplay by Meg LeFauve (Inside Out) and Nicole Perlman, will follow the most recent character to take the mantle: Air Force pilot Carol Danvers (Brie Larson). In the comics Carol gained her superhuman abilities following her DNA being fused with Mar-Vell’s. While we cannot be certain, this casting may indicate that the film intends to stick to these origins.

Law will likely act as a mentor to Carol as she comes to term with her powers. Actor Ben Mendelsohn is set to play a currently unrevealed villain. Concept art from this Summer’s San Diego Comic Con revealed that Captain Marvel is set to face off against the Skrulls, so it is very likely that Mendelsohn will likely play a Skrull leader. Samuel L. Jackson is set to reprise his role as Nick Fury, though the characters role for the film is currently unknown.

This origin story is quite a twist for the MCU as it will bring us backwards rather than forwards. Taking place in the 90’s, Captain Marvel is set long before Tony Stark donned the suit. A question hangs in the air if Carol will be going forward in time to appear in Avengers 4, or if the Avengers will be going back.

BossLogic has made some fan art for the casting:

Worked on Mar-vell for some fun today, I heard he was confirmed for @captainmarvel (Jude law will be playing) can’t wait to see him pass the torch over to @brielarson pic.twitter.com/VCrkxw5s6u

Do you like this casting decision? Are you excited for Captain Marvel? Be sure to tell us all of your thoughts in the comment section!