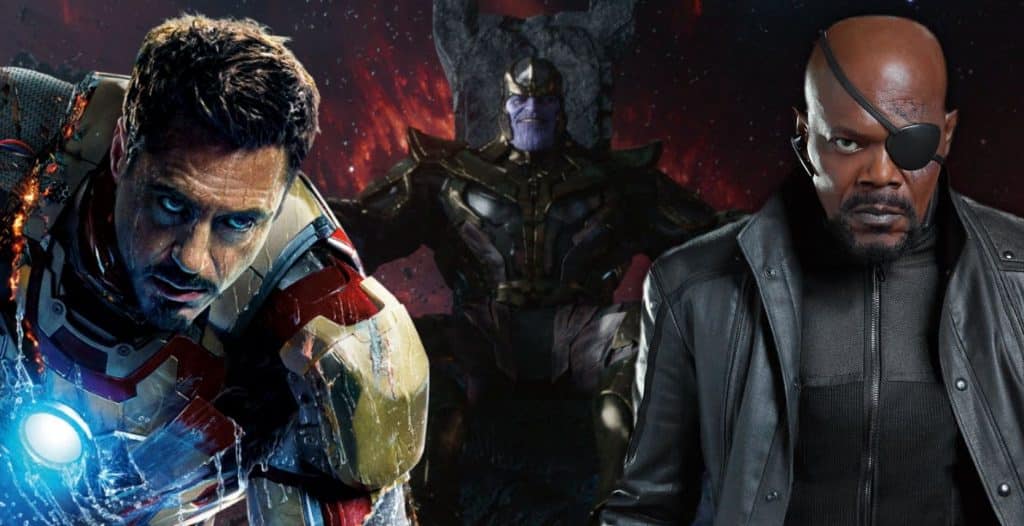 There is much mystery surrounding the hotly anticipated, yet currently untitled Marvel Cinematic Universe film, Avengers 4. Marvel have kept quite a lid on things but not even they can plug all the leaks. Since it began filming in summer, photos from both behind the scenes and fresh from the set have circulated online and lead to plenty of excitement and speculation from fans.

Some of the more recent pictures to hit the internet feature Robert Downey Jr. in what appears to be S.H.I.E.L.D. clothing and a particularly recognizable shirt. Could this tease a possible flashback in store?

The photos, posted by Just Jared, also feature co-star Mark Ruffalo in a motion capture suit for The Hulk. The scenes with Hulk and Stark appear to be shot in a S.H.I.E.L.D. facility, but due to the quality of the photos this cannot be confirmed just yet. Due to the fall of S.HI.E.L.D. in Captain America: The Winter Soldier and the Hulk disappearing in Avengers: Age of Ultron, there is a strong possibility that this scene could be a flashback. Further evidence to support this theory is the fact that Stark is wearing the same Black Sabbath shirt that was featured in Avengers.

However, a flashback is not the only theory surrounding these images. Some fans have speculated that Avengers 4 may feature an alternate reality. Perhaps a reality where Stark joins S.H.I.E.L.D.?

But maybe this is a case of over-analysis and Stark just really likes that particular shirt. But until Marvel give us more we fans are going to continue dissecting each tidbit until Avengers 4 finally hits cinemas in 2019.