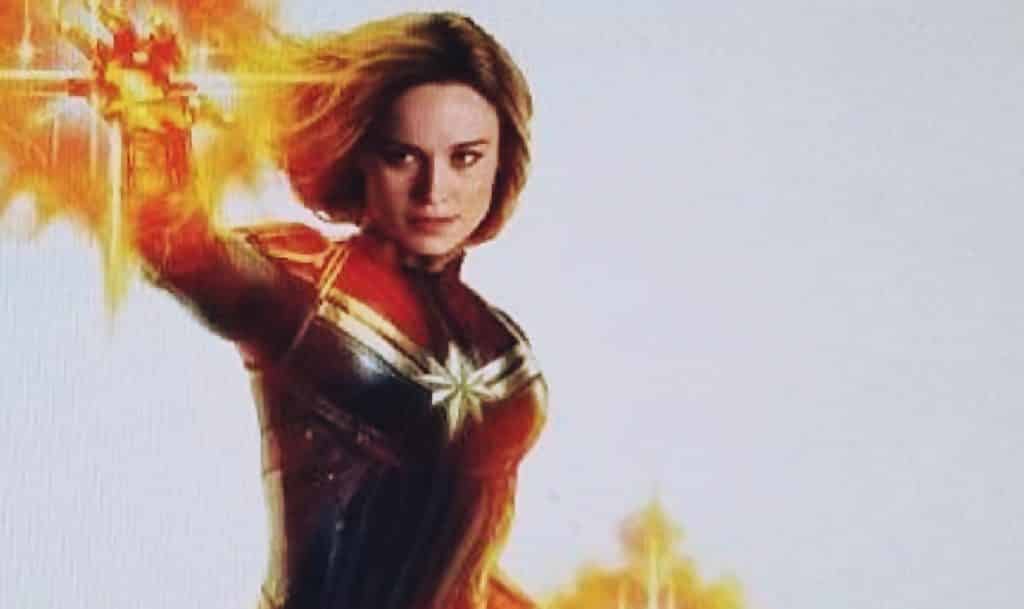 Captain Marvel is yet to have a trailer release, despite constant nagging by all fans of the Marvel Cinematic Universe. The much anticipated Avengers 4 is in that same boat as well, but that movie probably won’t have its trailer released for a while. Last month, we were treated to some leaked promotional art for the untitled Avengers movie which featured Captain Marvel, but it was the entire team. We now have a super good look at what Brie Larson will look like as the character.

It looks about like you’d expect it to, which is pretty awesome, when you add in the fact that fans were initially complaining about leaked set photos that featured her in a green costume back in January. Here’s the latest leaked concept art:

Brie Larson looks incredible as Captain Marvel. I can’t wait to see footage of her in action from her solo and A4.
[Images from @ajdesigns0220]🚨 pic.twitter.com/oGkC3VYoQ8

While we don’t have a trailer for Captain Marvel or Avengers 4 just yet, there are plenty of concept trailers for both to hold you over until then. Marvel likes to make us wait, and seeing these leaked images are going to make the wait even harder. Either way, it’s obvious that fans are eagerly awaiting to see Captain Marvel in action.

Captain Marvel hits theaters on March 8th, while Avengers 4 will be here on May 3rd.

What did you think of Brie Larson as Captain Marvel? Are you excited for Avengers 4? Be sure to tell us all of your thoughts on both movies in the comments!
Tags: Avengers 4Brie LarsonCaptain MarvelMarvelMCU
Leave Comment
No Result
View All Result