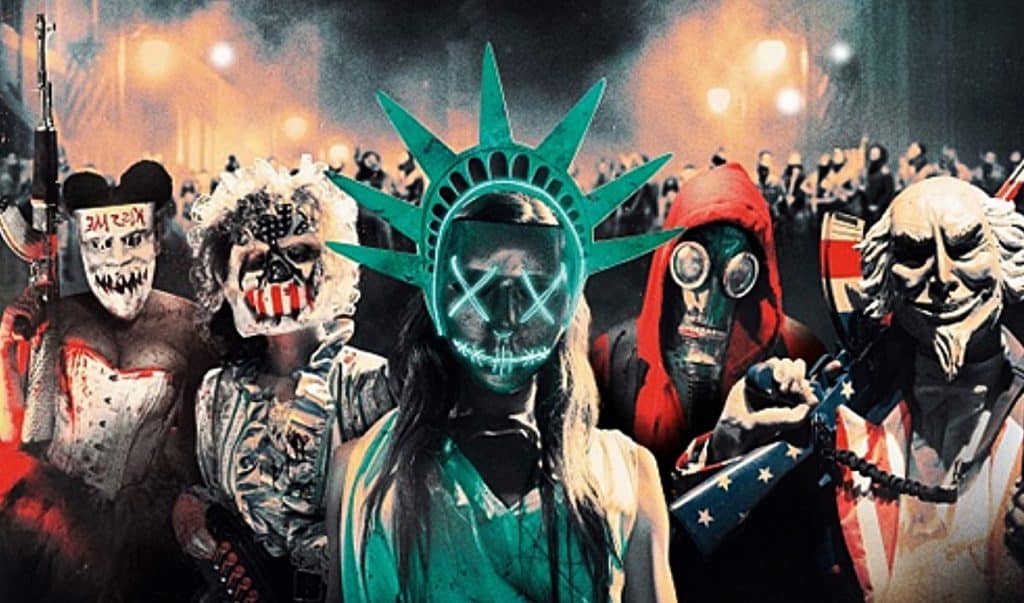 Here is some good news for fans of The Purge before you go see the new movie on the 4th of July! USA Network has dropped the first look at their spinoff series from the horror franchise, including a trailer and some photos from the show. It’s reported that the series will follow the stories of several seemingly unrelated characters that struggle to survive the night as they’re also being haunted by their pasts.

The Purge film series focus on a dystopian event in our nation where for one night a year, 12 hours, all forms of crime is legal, including murder, as a result of a corrupt political party monopolizing the government.

By Blumhouse Television and Universal Cable Productions, The Purge is set to air on Tuesday, September 4 10/9c on the USA Network. When the first installment hit theaters back in 2013, there was something obviously political about it. The trailers for the fourth installment look as though they’re going for even more socially conscious content, so it’ll be interesting to see what kind of commentary a whole series of The Purge can give us.

What did you think of the trailer? Are you looking forward to the show? Be sure to tell us all of your thoughts in the comments down below!