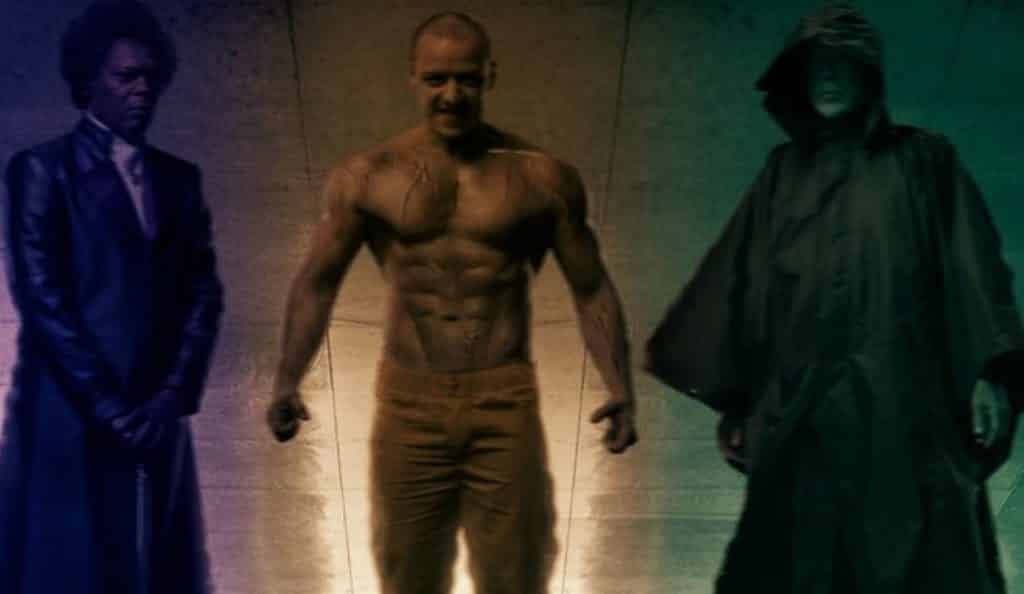 Director M. Night Shyamalan has revealed the first look at Glass, the sequel for Unbreakable and Split. The announcement comes as the director reveals he will be taking Glass to Dan Diego Comic Con where it is expected that people will get a first glance teaser trailer for the project. The poster depicts each main character sat above the reflection of their super alter-egos.

But if you need your #GlassMovie fix before July 20th, here’s the world premiere of our teaser poster. pic.twitter.com/HsMa0bzR7N

Although most details about the plot are yet to be revealed, we know that Samuel L. Jackson‘s Elijah Price, a.k.a. Mr. Glass, will be locked up with David Dunn (Bruce Willis) and “The Beast” (James McAvoy). They will all be under observation in a prison, by Dr. Ellie Staple, played by Sarah Paulson. Paulson’s character is a  psychiatrist treating people who think they are superheroes. Anya Taylor-Joy will also return in the film as Casey Cooke. It is unclear whether Glass and The Beast team up to take on Dunn and Casey, but it is certainly a possibility.

Entertainment Weekly quoted the directer from a presentation in April saying about Unbreakable:

“Eighteen years ago, I based a movie around a crazy idea: what if comic books were based on reality? And in Unbreakable, I tried to tell the origin story of a superhero that lives in the real world, David Dunn, played by Bruce Willis.”

Split then provided “the origin story for an anarchist that could be good or could be bad.” Actress, Sarah Paulson added that Glass will ask “what if these real-life supervillains and superheroes are somehow locked up together? I mean, what could go wrong?”

Glass is scheduled for release on 18 January 2019.

What do you think of the poster? Are you excited for the sequel? Be sure to tell us all of your thoughts in the comments!