Could We See Sam Neill And Laura Dern In ‘Jurassic World 3’? 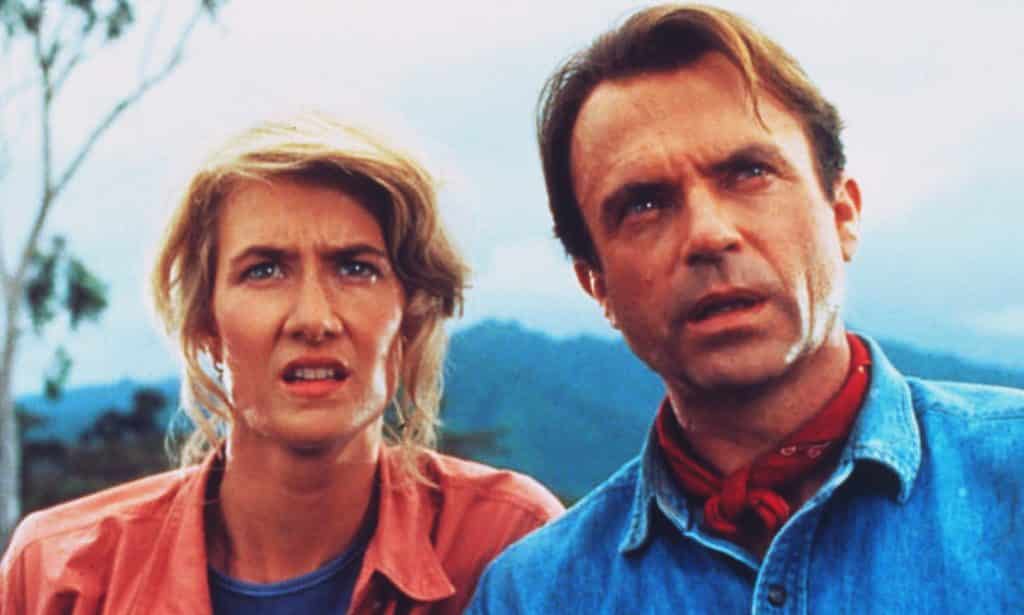 Jurassic World: Fallen Kingdom is making a huge eruption at the box office right now. The fifth installment in the Jurassic Park Universe and the second of the modern Jurassic World films, it is crushing its way through to billions of dollars, all but guaranteeing Jurassic World 3 (sixth overall) will do the same. One of the great moments in the film was the bookend appearances by Dr. Ian Malcolm, played beautifully once again by the gem that is Jeff Goldblum.

Goldblum famously played Dr. Malcolm in the first dinosaur romp back in 1993, as well as the follow up sequel, The Lost World. But, he wasn’t the only iconic character to come out of the Spielberg helmed first film. Dr. Alan Grant and Dr. Ellie Satler, played by acclaimed actors Sam Neill and Laura Dern, respectively, were actually the main protagonists of the first film, with both coming back for the oft aligned third film (Grant as the main protagonist, but only a cameo for Satler).

Now, in an interview by MTV with Jurassic World director, Colin Trevorrow (who is returning to direct the third installment), stated that he would love to bring the two characters back.

“We felt like [Jurassic World: Fallen Kingdom] was Malcolm’s return. This was his… let him have his moment. I feel that way about everyone, especially Laura [Dern], in that she never got to have her own movie. That identified as being something that’s important. I feel like this moment with Goldblum, because he had this very clear set of ethical questions that he was able to pose for everyone, we just wanted to put the spotlight on him.”

Many, many fans would be very excited to see Grant and Satler back in the fold, especially if we can get some interaction between Owen Grady (played by Chris Pratt) and Dr. Grant. However, nothing is actually confirmed as far as locking in the actors, or even if they have been approached to appear. We’ll just have to keep an eye out for any more details and keep our fingers crossed that this all comes to fruition.

What do you think of this news? Are you excited to see these Jurassic Park alums come back? Let us know in the comments below!