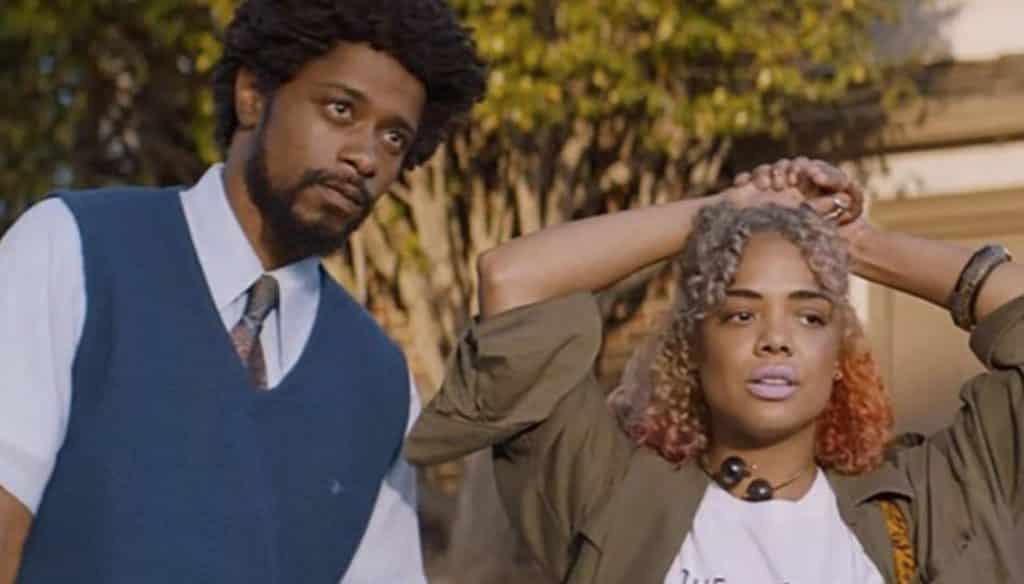 “Let me give you a tip. If you want to make some money here, use your white voice.”

I’ll be honest with you, I had never of heard of Boots Riley before seeing this film. Riley has a lengthy music career—which I have yet to check out. Sorry To Bother You is his directorial debut, a film for which he also wrote. It premiered at 2018’s Sundance with critics and audience members calling it one of the most original comedies in years. I would have to agree with that sentiment because I had no idea what was in store for me when the film started, but the imaginative storytelling had me hooked from the first frame.

The premise of the film starts off simple as Cassius Green (Lakeith Stanfield) is just trying to find a job and meaning in his life. Detroit (Tessa Thompson), a struggling artist and Cassius’s girlfriend, is there to support him and make a name for himself as well. It’s when Cassius finds his calling as a telemarketer (you see what I did there?) that the surreal storytelling takes place and makes this film wild as shit.

I’ll give you a warning that this is not a typical film. Although I was able to get the idea of what the film was about at an IMDB level, Boots Riley’s directing gives the story a hit of LSD that begs for repeat viewing. The amount of creativity used to convey the chaos of this world is on par with Michel Gondry, but through an urban lens. There are scenes where reality takes a backseat, but it in no way hit me over the head or buried Riley’s underlying message about the working class and the loss of one’s identity.

Riley not only puts his focus on the central characters but makes this alternative reality world a character in and of itself. I could see little things play out somewhere behind the character that added layers to the scene and character motivation that didn’t take away from the foreground. 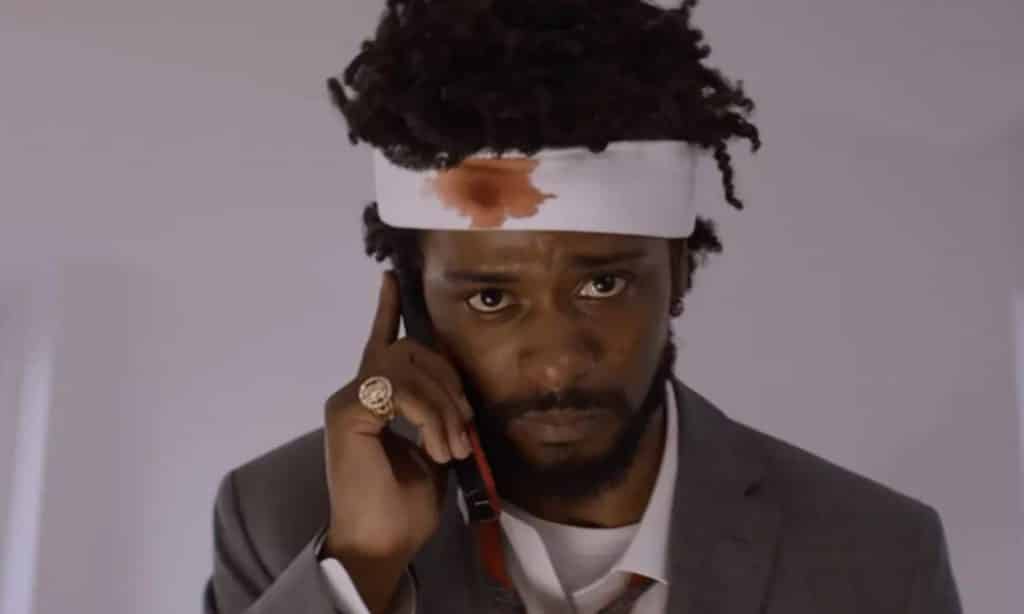 Riley’s writing mixes well with his style of directing like two turntables falling in sync. The metaphors in the film weren’t ham-fisted or forced in. It’s the little details in the writing that really got to me. There were times when a scene would have a double meaning behind it that allowed multiple interpretations to dissect. A dope example is the major corporation called ‘Worry Free’ and what that company had in mind to create more productive and less complaintive workers. I can’t really say what their plan is without spoiling the film, but it involves horses and the bonkers idea one character had to enact that plan.

Although the acting in the film was understated, Stanfield and Thompson were the perfect fit for the story when it needed to be pulled back to reality. Stanfield’s use of subtle body movement and stance showed the progress of the character’s mindset that went from being nobody to finally transforming into his idea of being somebody. Thompson’s acting is a great foil to Stanfield’s character’s motives later in the film. Her character uses harsh but much-needed truths on Cassius at times when he began to lose himself in the madness and growing chaos that was starting to engulf this world.

The MVS (Most Valuable Scene) is when Cassius discovers Worry Free’s testing facilities behind closed doors. My jaw hit the floor because this film—which is already nuts as it is—goes off the rails and finishes off the scene with a strong, but still funny, statement about people in power. I could not stop laughing.

The focus of the film should be on Boots Riley and his talent as a writer/director, and the way he expresses his message through clever set pieces and dialogue between the characters. Riley takes his skills as a music producer, along with The Coup, and applies their talent to this film’s soundtrack in a dope way that isn’t overbearing or Kafkaesque. The film’s commentary on society is thought provoking and deserves to be looked over multiple times to catch the finer details in the story and characters. There were number of times were the film got an audible “What the Fuck” out of me followed by a hard laugh from the well-paced comedy. Sorry To Bother You will easily find a place on my top ten list of 2018.