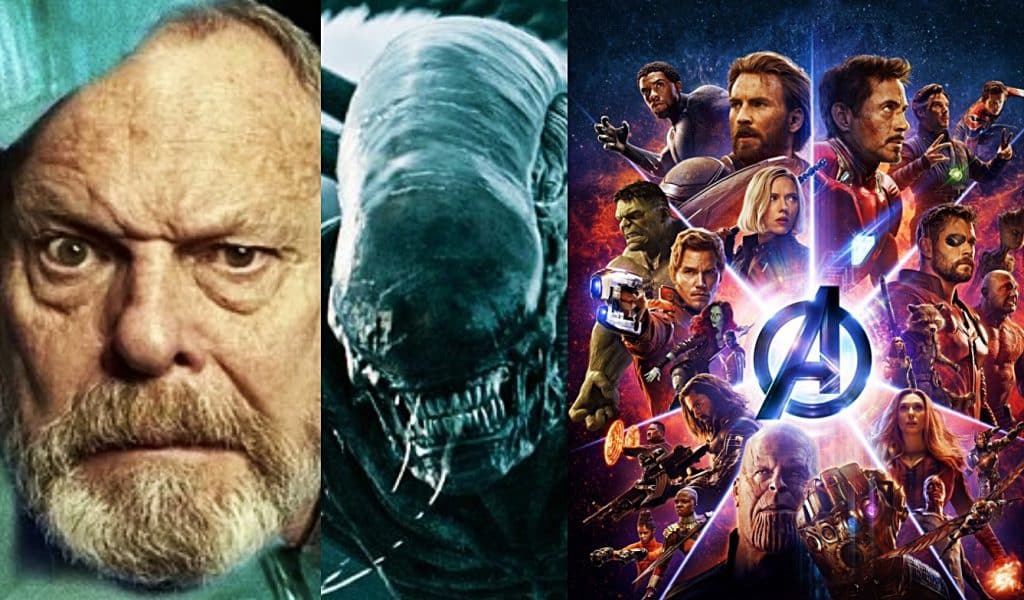 Terry Gilliam is a screenwriter, director and actor best known for his role in the Monty Python comedy troupe. His long awaited movie, The Man Who Killed Don Quixote starring Adam Driver, Jonathan Pryce, and Stellan Skarsgård was released this year and so Gilliam has been getting some publicity lately, especially surrounding him losing the rights to this film and Amazon pulling out of distributing it in the US. On top of this, in a recent interview he has shared a series of his controversial opinions, the latest of which is an attack at Ridley Scott’s 1979, Alien.

Speaking with RogerEbert.com, Gilliam had this to say about the first installment in the Alien franchise:

“Alien is just a ghost train where something jumps out and you don’t know who’s going to die next, when I watched the first Alien, all I kept saying was, ‘Just kill them all and be done with it,’ because you just know that they’re all going to die along the way. In the end, Sigourney Weaver, who we’ve established is a really tough military officer, is running around in her underwear trying to find a cat. Give me a fucking break. There are some great moments in it, but the shot that should’ve never been in the film is the one at the end showing the alien getting blown out of the airlock.You see the alien, and it’s just a guy in a rubber suit. Up until then, you only saw bits of the alien, and it seemed to be huge and vast and terrifying. That was so clever. It was like the shark in Jaws. I told Ridley, ‘You don’t want that shot of the alien at the end. Cut it!”

After slamming the movie, he then goes on to say he was offered an Alien sequel:

“I got offered an Alien sequel because I was hot at that time, as a result of Time Bandits and Fisher King, and I just don’t want to do films like that. They are factory jobs, working for a studio. My last factory job was on the Chevrolet assembly plant in Los Angeles, during my junior year of college, night shift on the line. Never again.”

I can’t imagine fans of the franchise will be impressed with these comments, but these are far from the only controversial opinions Gilliam has shared recently. In the same interview he goes on to bash the Marvel movies, stating:

“There’s always got to be reality in my films, maybe it’s the only way I can stop myself from going completely mad. It’s the tension between reality and fantasy that is interesting, and that’s why I don’t like all the big Marvel movies. There are too many of them, they are dominating the industry, and everybody just wants to see the next one and go, ‘Well, there’s the Hulk again.’ It’s horrible, but more importantly, there is no real physical reality to the films. There is no gravity, and gravity is everything. Things fall, and no matter how high you want to jump, you are always brought back down. On a technical level, these films are brilliant, and I find myself watching them from a distance because there is no real tension. There is no real threat. You just know they’ll win somehow, or they’ll win if the whole civilization doesn’t collapse around them first. It’s kind of like us in real life. The heroes in my films don’t win, they survive.”

Gilliam’s film, The Man Who Killed Don Quixote is still looking for a new distributor in the US.

What do you think of what he had to say? Tell us in the comments down below!