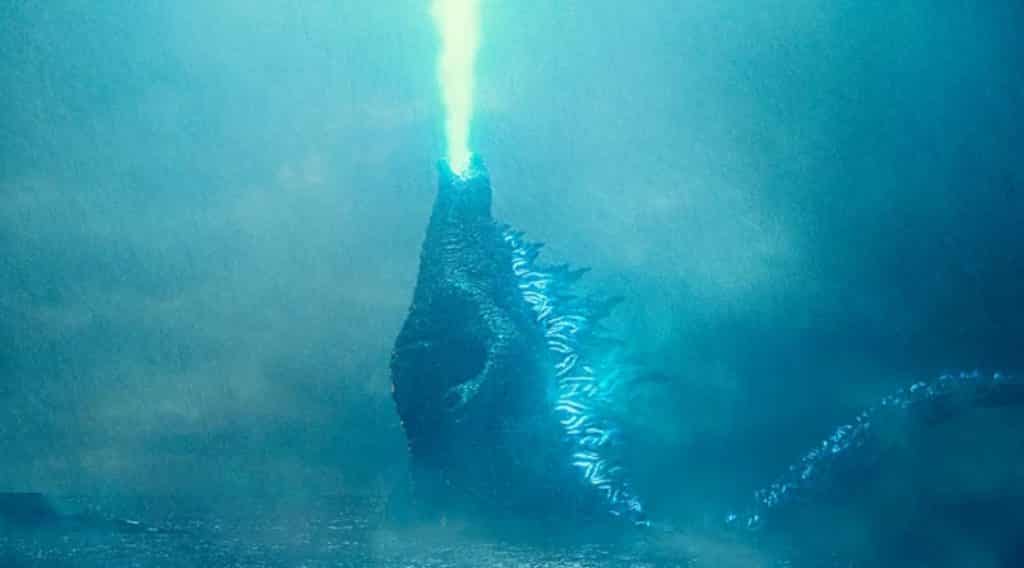 Godzilla: King of the Monsters is the long awaited sequel to 2014’s Godzilla. That film was deemed good enough by most who watched it, but some (including myself) thought it could have been a lot better. Could that be why they’ve waited so long to release the second film? Whatever the case may be, we now have our first look at the title character – and his atomic breath!

We’re also given a look at Millie Bobby Brown:

Here’s a FIRST LOOK at @VeraFarmiga and Millie Bobby Brown in Godzilla: King of the Monsters. pic.twitter.com/76w60SWuLx

Director Michael Dougherty spoke about what to expect in the film (from EW):

“The world is reacting to Godzilla in the same way we would react to any other terrifying incident, in that we are overreacting,” says director Michael Dougherty, whose previous credits include the horror movie Krampus. Godzilla hasn’t been seen since that destructive finale, “but there’s paranoia and endless speculation about whether he is the only one out there or whether we’re threatened by others like his kind.”

He spoke about the other characters in the film as well:

“Rodan’s been kind of a sidekick character, but I’ve always had a soft spot for him” says Dougherty. “In a lot of ways he’s more powerful than Godzilla. He’s like this winged A-bomb. I think we’ve done him justice.” But let’s not forget Godzilla himself, who reveals he has the ability to exhale atomic breath.”

He wouldn’t give away much, though:

“Not without giving away too much,” he laughs. “But it takes place at a very key moment and it’s a sort of call to arms.”

What do you think of the first look photo? Are you excited for the movie? Tell us in the comments below!