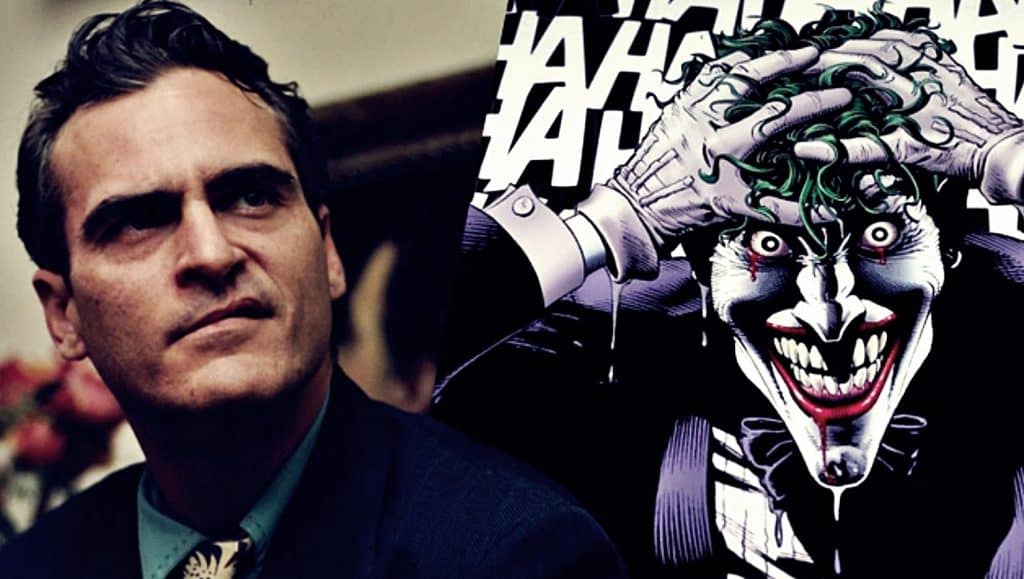 Joaquin Phoenix is set to play the role of The Joker in a stand alone DC movie directed by Todd Phillips. The movie will not feature as part of the DC Extended Universe and will instead be a self-contained story offering a unique look at the character. Now Phoenix has offered some insight into the project in an interview.

Speaking with Collider, the actor revealed what attracted him to the role. He said:

“I take a lot of time and consideration when making decisions and what I’m gonna work on always. So, in some ways, the process, which is obviously reading a script and meeting a filmmaker and then continuing to have meetings and discussions with Todd [Phillips]. I think he’s very impressive and he seems to have a very interesting understanding of this world and what he’s trying to say. And so there is something very appealing about that and working with him on this particular project. It feels unique, it is its own world in some ways, and maybe, mostly, it scares the fucking shit out of me or something. It might as well be the thing that scares you the most.”

Phoenix also revealed that he had an idea similar to that of this movie a few years back. He said:

“Three or four years ago, I called my agent and said ‘Why don’t they want to take one of these characters and just make a lower budget film about it, a movie but a character study, and why not take one of the villains?’ And I thought, ‘You can’t do the Joker, because, you know, it’s just you can’t do that character, it’s just been done.’ So I was trying to think of other characters, and he said ‘I’ll set up a general meeting with Warner Bros.’ And I said ‘I’m not gonna go, I can’t go to a general meeting.’ So I completely forgot about it, and so then I heard about this idea, I was like, ‘Oh that’s so exciting, that’s the kind of experience I wanted to have, with a movie based on a comic character.’ I felt like you could get something on screen.”

When asked about the nature of the movie they are trying to make, he responded:

“I wouldn’t quite classify this as like any genre. I wouldn’t say it’s a superhero movie, or a studio movie or a … It feels unique, and I think more then anything, and probably the most important thing, is Todd seems very passionate about it and very giving, and so that’s exciting. I think, underneath the excitement of these films, and the size of them, there are these incredible characters that are dealing with real life struggles. And sometimes that is uncovered and exposed, and sometimes it isn’t, and so I always felt, like, there were characters in comics that were really interesting and deserve the opportunity to be kind of studied. And so I think that’s what Todd sees appealing about this idea.”

Phillips will direct the script that he co-wrote with Scott Silver. The budget for the movie is rumored to be in the $55 million range and the film is described as an “exploration of a man disregarded by society, not only a gritty character study, but also a broader cautionary tale.” I am super excited to see what Phoenix does with this iconic, comic book villain.

The film is reportedly starting shooting in September for release as early as next year.

What do you think of the actor’s comments? Are you looking forward to this take on the villain? Tell us all of your thoughts in the comments!

‘Zombieland’ 2 Has Officially Been Confirmed; Plot Details Revealed
‘Black Panther’ Was A “Cruel Experiment” – According to Sean Combs
Advertisement
Advertisement
To Top