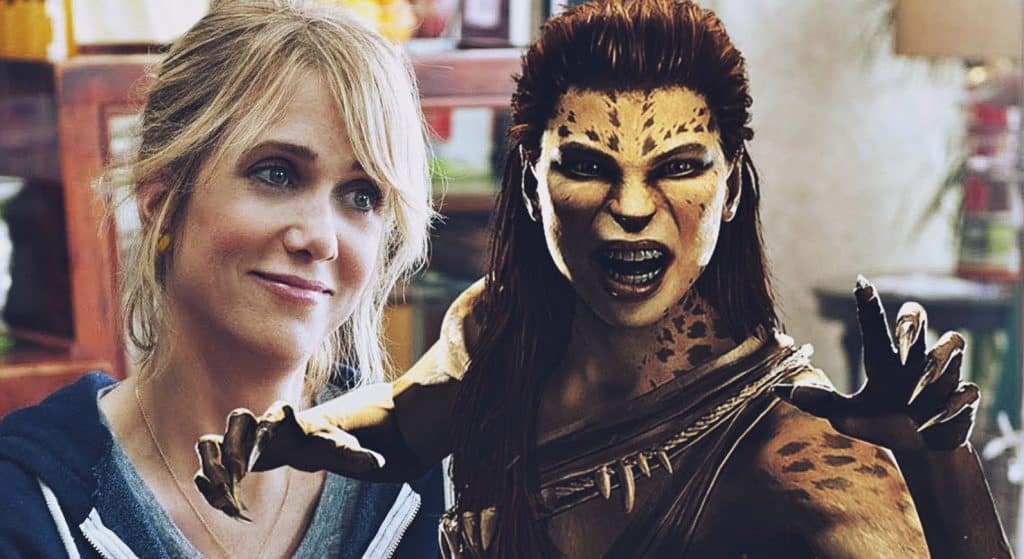 Wonder Woman 1984 has been getting a lot of positive attention from DC Comics fans lately. Especially following confirmation of the movies’ name and multiple images from the film being released. We got our first look at Gal Gadot as the hero herself, and Kristen Wiig as Barbara Minerva aka Cheetah, in June. This was a casting decision that shocked many fans.

Playing the main villain in the picture, it’s certainly not a role we would have pinned to Kristen Wiig and it will certainly be interesting to see what she does with it. Following the photo of her as Barbara Minerva, we now have a glimpse at her as Cheetah, in the form of a set video. Although the video isn’t the clearest, we can see the actress showcasing one of Cheetah’s powers, the ability to jump super high. You can watch the video below:

The sequel is said to show Cheetah’s origin as it is in 1987’s Wonder Woman #7. The story follows  Dr. Barbara Minerva searching for an Artefact in Africa, a hunt which leads her to the Urzkaratagan people. The tribe get attacked and only the shaman and herself survive. The shaman is about to claim Cheetah powers for revenge when Dr. Minerva murders her to get the powers for herself.

Hopefully we’ll get more information about this character at Comic-Con this month, where we are expected to get some footage of Wonder Woman 1984.

The film is scheduled for release on November 1st, 2019.

What do you think of the set video? Let us know your views in the comments!

Tom Hardy Teases Gruesome Kills In The ‘Venom’ Movie
Has The Mystery ‘Guardians of the Galaxy’ Easter Egg Finally Been Found?
Advertisement
Advertisement
To Top