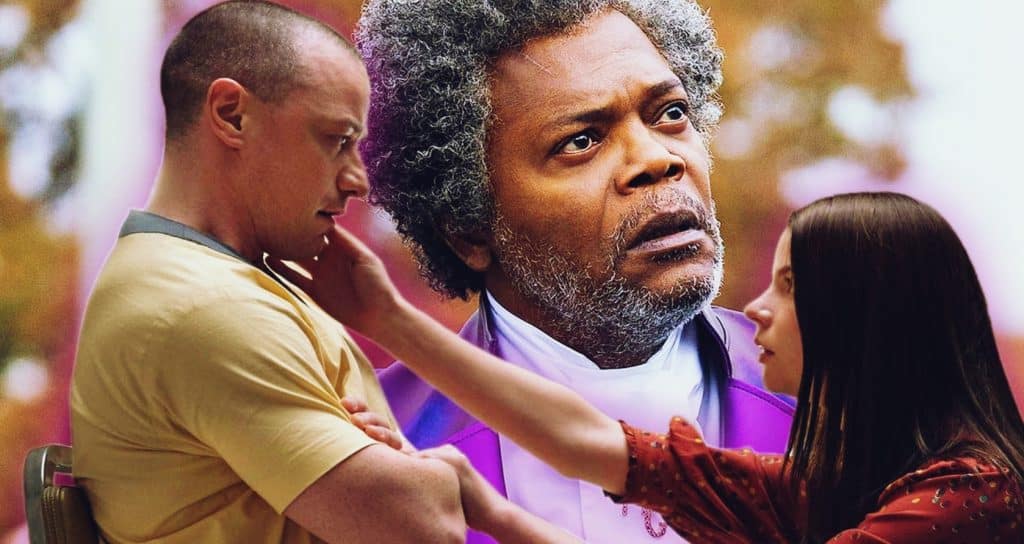 The first Trailer For M. Night Shyamalan’s Glass has been released, and fans of Split and Unbreakable are definitely going to be excited for this one. We had been treated to some first looks which included images, posters and teasers, but now, we can finally say that the trailer is here.

It’s also been revealed that Sarah Paulson will play the therapist for the main three characters in the movie, played by James McAvoy, Bruce Willis and Samuel L. Jackson.

We mentioned the posters and teasers, and we have them for you below:

You cannot contain what you are. #GlassMovie is in theaters January 18. pic.twitter.com/TmORAd2SzP

The Beast. Watch the trailer for #GlassMovie this Friday. pic.twitter.com/f9Qk0KYYWI

David Dunn. Watch the trailer for #GlassMovie this Friday. pic.twitter.com/TJwTmyn2Sz

From Unbreakable, Bruce Willis returns as David Dunn as does Samuel L. Jackson as Elijah Price, known also by his pseudonym Mr. Glass. Joining from Split are James McAvoy, reprising his role as Kevin Wendell Crumb and the multiple identities who reside within, and Anya Taylor-Joy as Casey Cooke, the only captive to survive an encounter with The Beast.

Following the conclusion of Split, Glass finds Dunn pursuing Crumb’s superhuman figure of The Beast in a series of escalating encounters, while the shadowy presence of Price emerges as an orchestrator who holds secrets critical to both men.

What did you think of the film’s first trailer? Are you looking forward to the movie? Be sure to tell us all of your thoughts in the comments section down below!

Continue Reading
You may also like...
Related Topics:Glass, Horror, Split