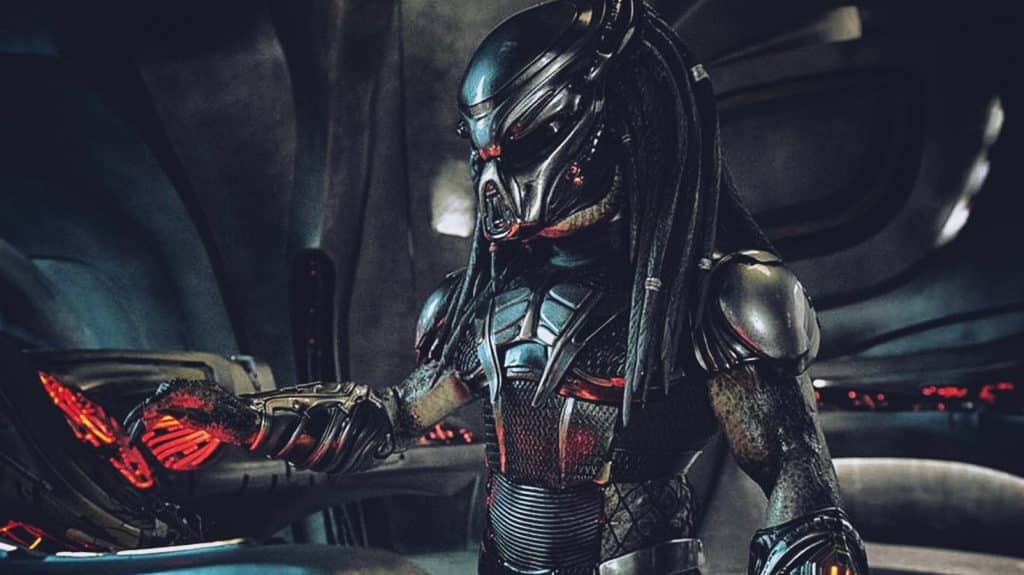 The Predator is to be released in September and features bigger and better predators. Over the past couple of months we have been given a couple of glimpses at the new-look aliens and what to expect from them. Exclusive footage premiered during The Predator‘s panel during San Diego Comic Con revealed an important new addition to the movie. 20th Century Fox revealed that The Predator will introduce female predators.

Female predators are certainly a first for the franchise and they were unveiled in a clip from the movie. The clip features Olivia Munn’s character, Dr. Casey Bracket about to be attacked by a sleek female predator, but then one of the genetically tampered with, mega-predators attacks one of the other aliens, distracting the female predator. Although we haven’t seen a female predator on screen the gender has been included in books and comics.

The movie is set between the events of Predator 2 and 2010’s Predators. The story follows a young boy that accidentally triggers the return of the deadly alien hunters. The predators have upgraded themselves genetically using the DNA of a species that they have conquered. The survival of humans and Earth is left in the hands of a crew of ex soldiers and a science teacher.

The Predator will be released on September 14.

What do you think of the inclusion of female predators? Tell us your thoughts in the comments!