DCEU To Now Officially Be Referred To As ‘The Worlds of DC’? 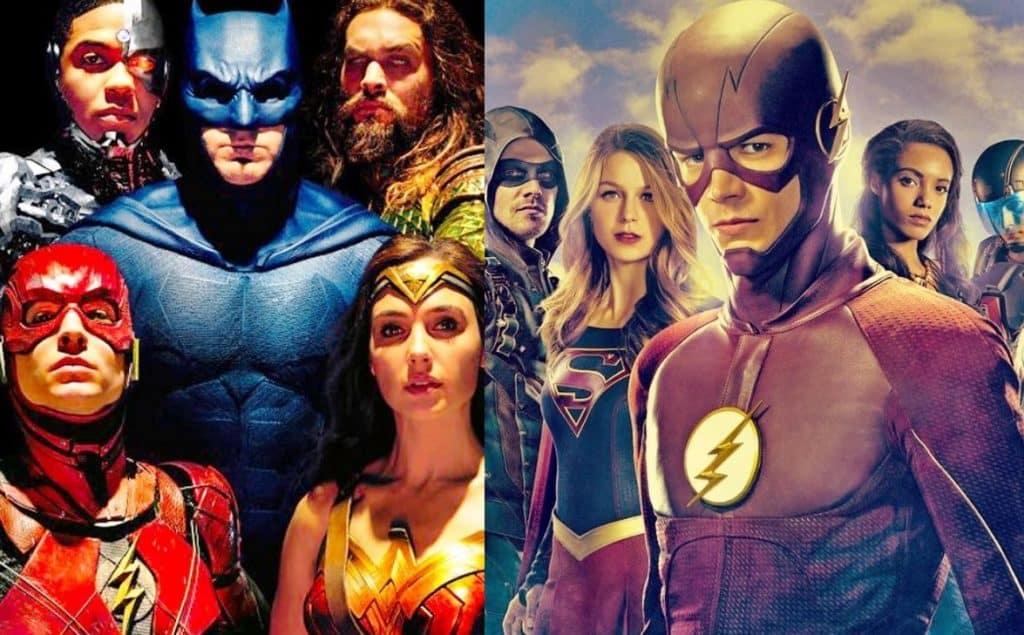 Warner Bros. is having one of the biggest weekends at SDCC. With the release of the trailer for the sequel to Godzilla and more tidbits into the Wizarding World with more from Fantastic Beasts 2, the WB is moving full force through the summer. But, the biggest news has come in the world of superheroes. They dazzled crowds with some of the first footage from Shazam!, some raw footage from Wonder Woman 1984, the Titans trailer for the DC Universe streaming service, and the highly anticipated Aquaman trailer. Now, thanks to a banner showing at San Diego Comic Con, some believe that the DCEU will now be The Worlds of DC.

Some, however, don’t believe the reports:

Not sure how this rumor got started, but no, “Worlds of DC” wasn’t announced as an official name for the DCEU at Comic-Con. Full story: https://t.co/Vt641uFQIr

Many fans have known it as the DC Extended Universe, or DCEU, but this was never an official title. One of the major things to come with this news (or fan speculation) is that DC will not have a connected film and television universe ala the MCU. Instead, many of these stories will live in their own universes, like the Arrowverse on the CW, The Synderverse (which is surely being renamed after his departure and a change in tone), multiple solo films existing in their own worlds, and the newly minted DC Universe streaming service, which will hold its own world.

This allows for multiple actors to play the same role, like Grant Gustin and Ezra Miller both playing the Flash and Jared Leto and Joaquin Phoenix both portraying The Joker in solo films.

This is definitely going to be a dividing point amongst fans. Many fans wanted to see DC follow Marvel’s proven formula, but many others liked the idea of different interpretations of their beloved characters onto the big screen.

What do you think of ‘The Worlds of DC’? Let us know in the comments below!