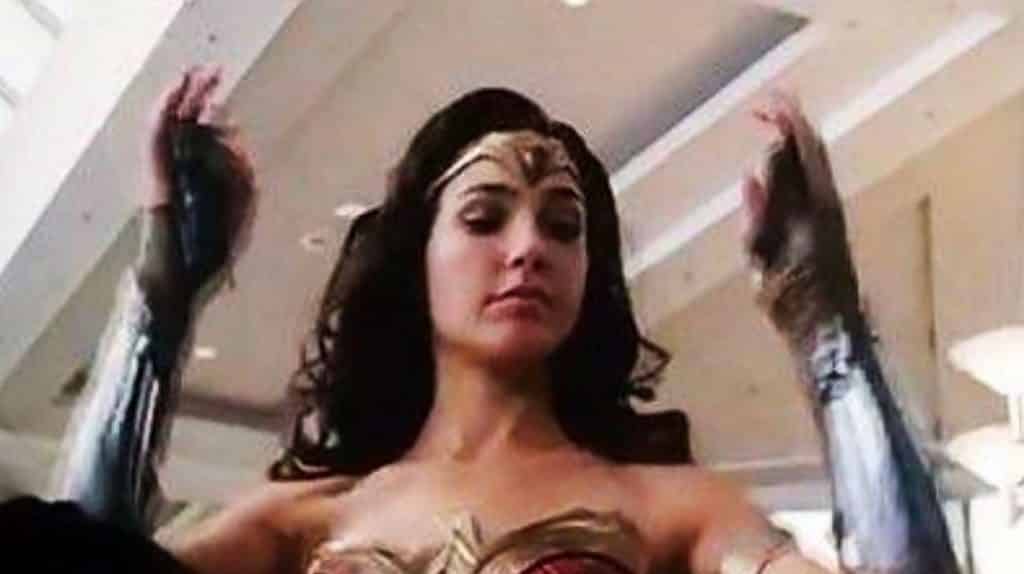 Wonder Woman 1984 won’t be out until next year, but that didn’t stop Warner Bros. from showing off some footage at this weekend’s San Diego Comic Con. That footage wasn’t available for the general public to see – but it appears that one fan managed to record some of it, and it has now found its way online – care of a Twitter account. It features Gal Gadot in action:

It’s not much, but we doubt it’ll stay on the internet for very long. While plot details of the upcoming film are scarce, director Patty Jenkins revealed that Chris Pine‘s resurrection in the movie will play a big part:

“It’s something I’m super excited for everybody to see, [Chris] is a very important part of our movie.”

When asked why the film jumped so far into the future from the last movie, she was more open:

“One of my favorite things about making the original was that it took place during World War I in 1917, an era full of metaphors like modernity and the mechanized world,” she stated. “I grew up in the ’80s, and this has its own look and feel. The reason I am excited is it showed mankind at its best and worst. It was grand and wonderful, there was great music and there were elegant and beautiful things. But other things about the decade revealed the worst of us. To have Wonder Woman in that period of time that was us at our most extreme, is wonderful.”

DC seemed to have a lot going on at Comic Con, as trailers for Aquaman and Shazam! were released as well. The DC Films Universe is shaping up to be very different than we’re used to.